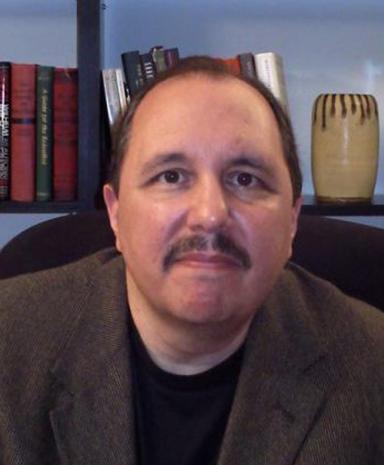 "You need to tell people about all the interesting things in your subscription letter," one of my oldest friends told me. "We do," I said. "We list them on the site and we even have a free report to get them started."

"Not enough," she replied curtly. "Do more."

So, today I'll take my friend's advice and explain seven things that simply aren't taught, that simply are true, and that make a huge difference in how we view the world. I won't be able to go into detail like I do in the monthly letters of course, but I think I can give you the crux of them fairly well. Here we go:

Forget Monty Python and the Holy Grail (and let's be honest, probably half of us got our "Dark Ages" images from it); actual life after Rome was a tremendous release. The great tyranny collapsed and dissolved, agricultural production rose, average lifestyles improved, new technologies came into use, fine crafts continued and often improved, and even literature thrived. (Yes it did, and we have proof!)

Opportunities swung open to non-elite people (the 99% that history books ignore), and there was almost no one forbidding anything. If you wanted to take an empty field, work it, and build a small castle, you could probably do it… and a shocking number of people did!

Wars were not only tiny, but they were generally limited to the aristocracy. Unless you wanted to be involved with war, you were probably left quite alone. (Compare that to 20th century Europe!) We devoted two full issues to this, including lots of original-source historical material. It's true.

What you were taught in school was misleading, and what you weren't taught was nearly criminal. The statement above is true, and in the subscription letter, we covered it carefully. There is no doubt about it, European Christians killed the massive slavery they inherited from Rome, and they killed it for moral reasons. That these people are given no credit for their triumph is a horrific wrong.

#3: The most profitable business on Earth, by far, is government.

We've crunched the numbers from several eras, and the verdict is clear: No other business model comes close; nothing rakes in money like a government. The numbers were so large, however, that we needed a method of proof – some way to double-check them. And we found one, by comparing them to the tributes that warlords were able to extract from frightened governments. In the end, the statement stands confirmed: Government is, by far, the biggest and most profitable business on the planet, and always has been.

#4: There were a massive number of non-conformist communities in 19th century America.

This was a major part of the American tradition, and it is all but forgotten. It was such a big thing, in fact, that Ralph Waldo Emerson commented, "[There is] not a reading man but [who] has a draft of a new community in his waistcoat pocket."

These utopian groups were the nurseries where many Americans of that era learned to think and act independently. I counted 117 groups (many with multiple communities) before I simply ran out of time. The famous abolitionist, Sojourner Truth, for example, learned how to act independently – to take risks and to defy authority – in one of the craziest of these groups. Many of the best people of the era had similar experiences. This chapter of American history should not have been scrubbed from the books.

#5: Genius is mainly a trick, and it doesn't require massive brainpower.

Have you ever seen the equipment Galileo used to prove the basic operation of gravity? It looks like a high school shop project; there's nothing "genius" about it. And in fact, genius by itself has led to very few real breakthroughs. Just thinking faster than the next person doesn't matter terribly much if the other guy spends a little extra time.

The crucial thing about genius then is not mental speed (that's what IQ tests major upon); it's that actual geniuses learn something crucial: They can be right when everyone else is wrong.

The kid who is hated for being smart can't escape this fact, and so he or she (if not too damaged by the experience) becomes familiar with thinking independently… and that's what produces the magic.

#6: The first city was a peaceful anarchy.

We have a tremendous amount of evidence from this city, now called Catalhoyuk. As many as 10,000 people lived there between 7400 BC and 6000 BC, with no master and no overseer. There was no courthouse, no tax collector, no central administration of any kind.

Furthermore, these people, almost 5,000 years before the pyramids of Egypt, were peaceful, cooperative, individualistic, and highly artistic. They were clean, well dressed, well fed, and productive. Many were long-distance traders, and they may have used obsidian as a currency. They were anything but ignorant prehistoric brutes. The artifacts tell the tale.

#7: We can step into a golden age any time we want to.

Scarcity has been dying for centuries now. The price of commodities like wheat and copper have flat-lined when measured in wages. And with the technologies we have coming online now, this process is only speeding up.

Our problem is that we've authorized an incredible amount of replacement scarcity, and that's what keeps us working double shifts to no great benefit. But as soon as we decide that it's not really our duty to enthrone people we despise… once we stop "needing" every new piece of iCrap… when we stop living to impress our neighbors and start cultivating our actual lives… we'll find that we're already rich and we're already producing enough for everyone to have plenty. We've been conditioned to believe this is impossible, but the math says otherwise.

'Failure could set the world on fire.'

Nation In Coronavirus Turmoil: Is There No Way Out?

Things About COVID-19 That Make You Go, "Hmmm."