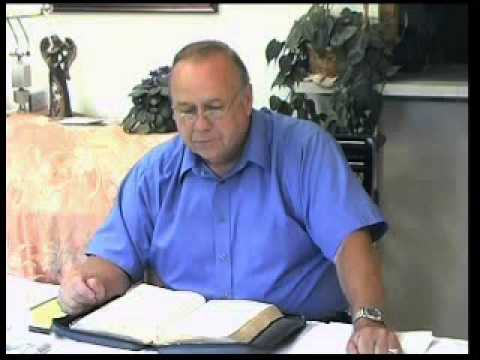 Aright already!! Let's have it your way! Let's discuss facts and issues as nothing more than mere mortal beings with no soul and no hope beyond this brief life on this globe that "just happened" to evolve for us to live on. Wow!! We are SO lucky!! As an evolved animal, a mammal, no more important or significant than a cow or monkey except that we "evolved" at a faster rate than the others, so that for now at least we are at the top of the evolutionary scale. Again, lucky us!! There is no God!! Hooray!!

So, this brief life we have, whether it's destined to be good or bad, whether we are destined by chance to be rich or poor, fat or skinny, pretty or ugly, intelligent or stupid, it's just is what it is!! There is no more! You were born by chance, you will die by chance, and all that is between birth and death is all you will ever have. Your moral values are totally up to you. Man's laws are at best fallible, and of course subject to change to keep up with the evolutionary needs of society. You may have to "sacrifice" your comfort, pleasures and perhaps your life for the good of the many [society]. Makes perfect sense, doesn't it. After death is "nothing". A murderer just causes a little temporary inconvenience for a few people. There are no "real" consequences beyond this brief stay on this planet.

Of course in this totally by chance evolutionary world it seems that all manner of life, whether it be plants, insects, mammals or others have "evolved" into somewhat of an orderly system by which they struggle to live. Each "species" of life, including man, has evolved into a semi-orderly system of living and existing to further their species future. Although it does seem a little strange that mankind seems to be the only animal that has evolved enough to build bigger and better ways to make their lives more comfortable and organized in so many ways. It seems also, that a part of man's evolutionary process has been to find more efficient ways to kill themselves by poisoning their food and water supplies, or by building bigger and more deadly weapons by which to destroy the "others" they deem undesirable, or inconvenient by standing in the way of progress or prosperity of society. After all, the few killed are not nearly as important as the many because they are hindering the "evolutionary" goals of society. In the evolutionary scheme of things the law is "survival of the fittest"!! Might makes right by weeding out the weaker, less desirable populace and weaker "seed". Thus assuring a better "breed" of the human species, and bringing forth a better "breed" of man to carry on man's evolutionary process. After all, man at best is just a biological temporal living being that has no lasting worth or existence so there is no real loss. So 60,000,000 "harvested" unborn evolved blobs of tissue that the older, stronger and wiser adult humans have deemed undesirables are just expendable useless tissue to be burned, used for experimentation or other uses to further man's evolutionary process.

Gee, you know, maybe this "no God" thing really is okay for those who are stronger, smarter and with no conscience! After all, who needs a conscience, and by what and whose set of standards do we govern our conscience? Eat, drink and be merry! Have all the sexual "hook ups" you can or want, with anybody you want! Dress or undress the way you want. Anywhere you want. Swear, cuss or lie if you find it enjoyable or convenient. Who's to judge or condemn you? By whose standards and irrefutable rules can you be judged by? Man's law system is still evolving isn't it? Of course the stronger and smarter humans that have evolved more than you at this point in time and may say what you did by their higher evolved standard is wrong. You may have to be exterminated for the greater good. So what if man's evolved standards have deemed it necessary for the future of their species, or to save their planet to cull out the useless eaters among them. So what?! It's just the smart, evolutionary thing to do for the preservation of the species!

Don't worry about laws and rules! They can be, and will be changed with the next generation of higher evolved mankind. And of course, one day another animal species may evolve far superior to we poor weak humans!

Let's face it! We have evolved far beyond the need for an antiquated "religious" system of laws that only tend to squash mankind's evolutionary desires and freedoms. Morals are an ever changing set of rules that evolve with the next wiser evolutionary process. How wonderful to live in a society with no set standards for anything! Families are changeable! Murder can be acceptable if needed to further man's evolution. It's just man's rules for furthering his species! No problem in killing off the lesser "kind". By the means of famine, pestilence, weather, war and infanticide to name a few. The "inferior" races should be eradicated! We can build a better world if they are out of the picture.

1 Comments in Response to ALRIGHT!! THERE IS NO GOD!!

In a few other place in the universe, evolution was much faster. One of these places produced an advanced entity that could control space-time and the dimensions with his mind. So he decided to get rid of evolution altogether (because it took too long), and advance the whole universe, and mankind into a being that could develop a relationship with him, and then be moved into a similar form that he was in. He started this project "In the Beginning." His Spirit "hovered over the surface of the waters" of the new earth he had just made, which, by the way, "was formless and void."

Canada's Bullying of Christians Is Turning it Into a Tyranny