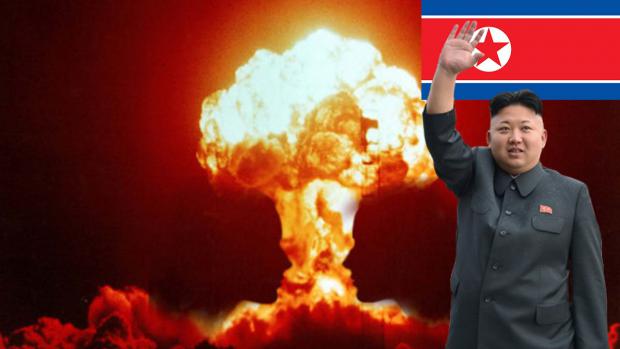 On Monday, Xi Jinping and Trump spoke for the second time by phone on North Korea since the Chinese president's visit to Mar-a-Lago earlier this month.

Instead of stressing peaceful resolution of the issue alone, Xi said all parties must "shoulder their due responsibilities and meet each other halfway."

Both leaders want the Korean peninsula denuclearized, Beijing justifiably concerned if conflict erupts, its national security will be threatened.

Preventing it by pressuring Pyongyang to halt further nuclear and ICBM tests appears to be China's red line. It's the only country able to get concessions from the DPRK - whether on its nuclear and missile programs remains a test for its leadership.

Separately, China's Foreign Minister Wang Yi said his country will not be swayed by the various statements (made by parties involved), and will not renounce its due responsibility."

"China will continue maintaining dialogue and consultation with all sides and continue playing a constructive role in solving the nuclear issue on the Korean peninsula."

It demanded halting all activities in violation of SC resolutions. The DPRK responded by threatening "catastrophic consequence" if Beijing sides with Washington on these issues.

Last Friday, the Beijing-linked Global Times (GT) called for a "realistic solution (to) the NK nuke issue" - expecting another nuclear and ICBM test, warning of an "emergency situation" if they're conducted.

China's situation is delicate. So far, it's unsuccessfully tried getting Pyongyang to halt its tests in return for Washington and South Korea calling off or suspending their joint large-scale military exercises - ones the DPRK believes is preparation for war.

According to GT, "the only remaining option for Beijing is to take only one step first, and then look around before taking another. Beijing will do what it should do, instead of doing something it does not want to do, or is unable to do."

Above all, China wants war prevented, potentially catastrophic if erupts, especially pitting two nuclear powers against each other on Beijing's border.

On Tuesday, GT asked if Pyongyang will wisely step back from the brink. If not, a "point of no return may be crossed," it said, risking another Korean peninsula war, the North suffering most of all.

A best case scenario under dire conditions is stiffer sanctions, including by China, short of crippling ones. If Washington launches attacks, Pyongyang "will be forced to make a life-or-death decision," said GT.

Failure to retaliate will let America take whatever steps it wishes, knowing the DPRK alone will pay the price. If it launches its own attacks, possible nuclear war could follow.

The stakes are huge. Once the die is cast, there may be no turning back, the entire region paying a price.

Washington wants Beijing to constrain Pyongyang. China can do only so much. It can't satisfy everyone. It's going all-out to avoid potentially catastrophic war.

North Korea has every right to protect its national security short of conflict risking the lives of millions of its people.

Are Pyongyang and Washington wise enough to see war isn't the answer?

Things could come to a head quickly in the coming days. Will madness of war no one can win get both sides to step back from the brink?