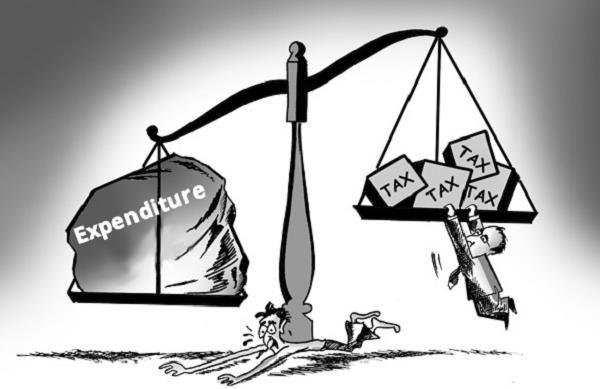 On Wednesday, the Senate Budget Committee began marking up its version, likely similar to House legislation when completed.

Budgets represent a step toward congressional work on cutting taxes. If achieved, it'll look nothing like what Trump's Goldman Sachs Mnuchin and Cohn duo proposed.

All undemocratic Dems joined by 18 Republicans voted against the measure. The House bill included a procedure for fast-tracking tax legislation, permitting Senate passage by 51 votes, rather than 60 usually required for this type legislation, a possible Dem filibuster also eliminated.

If tax legislation is enacted, around 80% of the cuts will go to the top 1% over the next decade, most US households benefitting pathetically little if at all, some hit with higher taxes.

"This budget resolution is the first step toward an immoral tax scheme that will hand trillions of dollars to millionaires and corporations at the expense of millions of America's working families, many of whom will actually see a tax increase."

"These tax cuts for the wealthy and corporations will ultimately be paid for by cuts to Medicaid, Medicare, education, disability services, and other national priorities, while the expansion of the deficit will further threaten Social Security. The Republicans who voted to advance this plan owe their constituents an explanation."

"It's not even about American families," Yarmuth added. "This budget is about one thing - using budget reconciliation to ram through giant tax giveaways to the wealthy and big corporations - and to do it without bipartisan support."

Austerity is the law of the land, along with wealth distribution to privileged Americans, ushered in by Obama, Trump and the GOP-controlled Congress escalating what he and undemocratic Dems began.

It's the wrong time to grow up in the country. A dismal future awaits most Americans, not afforded opportunities youths had long ago.

US Farm Income Booms To Near Decade Highs

Industry Insiders Warn that Winter Blackouts Across the US are Possible --

The Rise of Phyles and Like-Minded Communities... and Why You Need To Find One Right Now