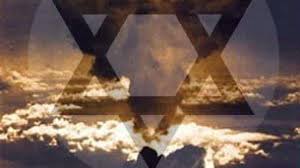 Israel in Bed with Myanmar and Other Rogue States

One rogue state supports others - not at all surprising about Israel, terrorizing Palestinians ruthlessly, a daily assault on their rights and welfare.

Myanmar acts the same way against Rohingyas, slaughtering and ethnically cleansing them.

Despite a US/EU arms embargo on the country, banning "equipment which might be used for internal repression," Israel sells its regime advanced weapons, used for genocidal high crimes, minority Rohingya Muslims victimized by its ruthlessness.

Weapons sales include tanks, missiles, cannons, surveillance equipment, and high-speed Super-Dvora MK III patrol boats, among other items, valued at tens of millions of dollars. Part of the deal is training in Myanmar by Israeli weapons experts.

"It is surprising that the state of Israel, while struggling for continued sanctions against Iran, has no qualms about ignoring the US and EU sanctions against (Myanmar) for the most severe crimes being committed there."

Field-tested weapons against Palestinians are being sold to rogue state worldwide like Myanmar.

According to London-based International Crime Initiative director Penny Green, "(i)t's not at all surprising that the latest escalation in Myanmar's genocide of the Rohingya has not moved the Israeli state to cease its supply of weapons to Myanmar's military."

"Its own record of violence and terror against the Palestinian people of Gaza is clear enough evidence that the Israeli government is unmoved by ethical concerns and human rights."

He hoped to "hasten war crimes investigations of the officials and contractors involved," said Cook.

"Many Western states sell arms, but what's unique about Israel is that, wherever war crimes and crimes against humanity are being committed, you find Israel is present," said Mack, adding:

"The companies selling the weapons, and the officials who quietly approve the trade, must be held accountable. Otherwise, why would this ever stop?"

Israel arms and munitions are likely to show up in virtually any conflict zone, large caches found in Syria - delivered to ISIS, al-Nusra and other terrorists.

Cook cited Israeli genocide researcher Yair Auron, saying  the country's arms sales to regimes like Myanmar are the equivalent of supplying them to Nazi Germany during the holocaust.

"These sales turn me and all Israelis into criminals, because they are sent in our name. We are abetting genocide," said Auron.

Cook quoted investigative journalist John Brown, saying Israel is a reliable arms supplier to nations unable to get them from America and Europe because of their horrific human rights record.

It's not an issue for Israel and it merchants of death and destruction.