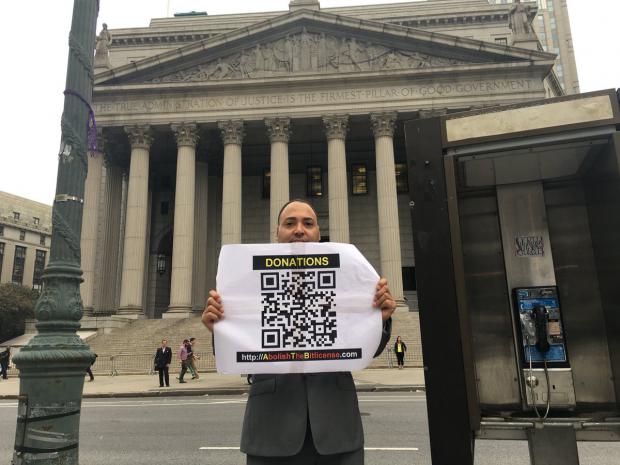 Transcribed (from handwritten letter - both below):

I would like to enter my testimony to be included in the transcript for S1241 Modernizing AML Laws to combat money laundering and terrorist financing that took place on November 258, 2017.

The testimony of the DOJ and FBI was deceptive, misleading, and irrelevant. When the DOJ gave testimony they referred to Liberty Reserve which operated from 2006-2013. Liberty Reserve had nothing to do with Cryptocurrencies or Bitcoin. Bitcoin was the first Cryptocurrency which was not even invented until January 2009 and the first known trade involving Bitcoin did not occur until May 22, 2017. Liberty Reserve was not using Cryptocurrency. The case was successfully prosecuted and the defendant Budovsky, is now serving a 20 year sentence using existing laws.

In the 2 cases described by the FBI, had nothing to do with money laundering, these were drug cases. These were successfully prosecuted using existing laws.

I have been incarcerated for 223 days awaiting trial, for Bitcoin related trades. I was charged with unlicensed money transmitting under title 28 USC1960 and money laundering under 28USC1956. The Prosecution has already dismissed the unlicensed money transmitting charges. The Government created a ruse to entrap me to call it money laundering. My Attorney Maria Weidner has filed an Outrageous Government Conduct to dismiss the money laundering charges, as there was no evidence that I was involved in any drug trade or illegal activity prior to the Government creating the lie of illegal sources.

Cryptocurrency is a misnomer. The correct term needs to be intangible commodity. The IRS has defined this as property. The design of the technology is thats its value is increased in the future, because of its fixed supply. This technology is an important step in humanities future, as it creates a system to exchange wealth without a central authority.

The system functions perfectly without government oversight. Any regulation will cause the Unites States to be left behind in this ground breaking technology in relation to the rest of the world.

I implore you to leave this technology alone. Any regulation in this area is superfluous because any criminal activity is already covered by existing laws. 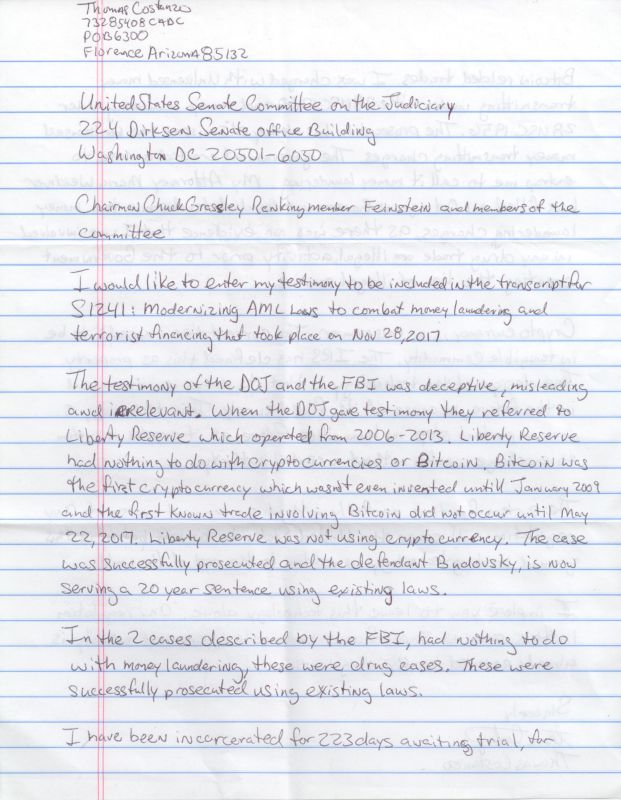 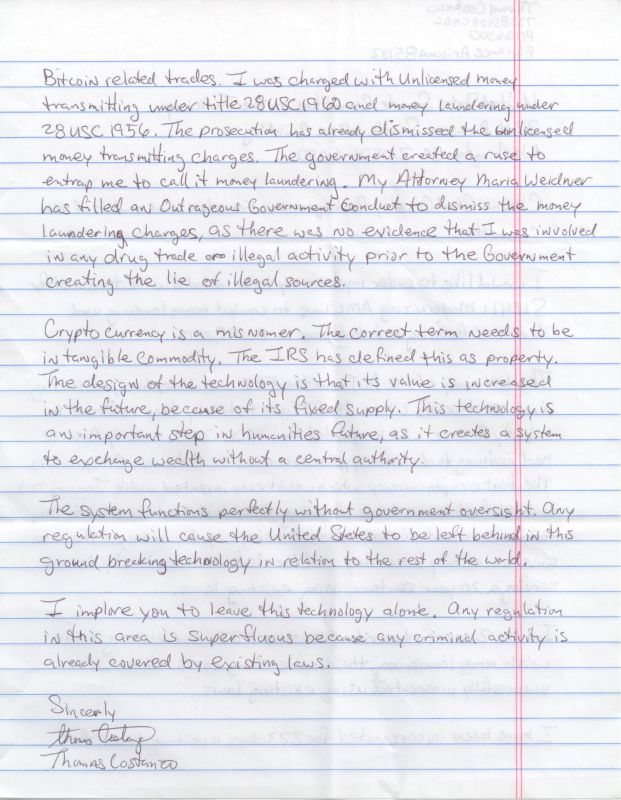