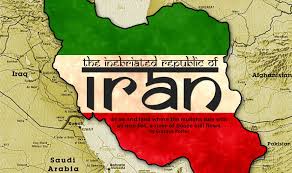 Lethally shooting around 20 or Iranians through New Year's day, including at least one policeman, suggests foreign interference.

Events are also similar to late 2013, early 2014 Euromaidan violent protests in Kiev. The Obama administration's coup involved snipers, killing and injuring hundreds of civilians and police, firing on them with automatic weapons from Kiev's Philharmonic Hall.

Fascist tyranny replaced it - the most brazen European coup since Mussolini's 1922 march on Rome.

Later, a helicopter attacked the Interior Ministry and Supreme Court. Other disruptive tactics were used.

Iran's Supreme National Security Council (SNSC) Secretary Ali Shamkhani said a "proxy war" is being waged against the Islamic Republic on streets and via social media.

He blamed Washington, Britain and Saudi Arabia for what's going on. "Based on our analyses, around 27 percent of the new hashtags against Iran are generated by the Saudi government," he explained.

A "small and minority group" is responsible for rioting, lawbreaking and violence, Rouhani said.

Reportedly, Iran's elite Islamic Revolutionary Guard Corps (IRGC) is now in charge of cracking down on elements responsible for violence if it continues - ongoing since December 28.

On Monday, a policeman was lethally shot, three others wounded from gunfire, the death toll mounting, anti-government armed gunmen responsible.

Maryam Rajavi from the so-called People's Mujahedin of Iran called on Washington, Brussels and the Security Council to intervene. The CIA-supported group calls for toppling the Islamic Republic violently.

He's in charge of Iranian anti-terrorist operations in Syria.

Iran is well aware of what's going on, its security forces trained and able to confront made-in-the-USA violence and instability.