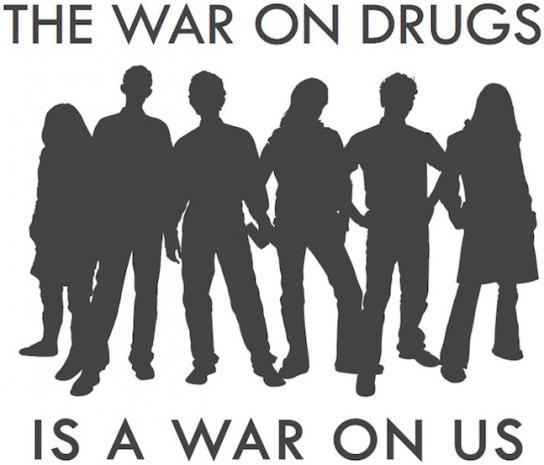 If there is no victim, there is no crime; for possession itself is never a crime. If you falsely arrest someone who has committed no crime, then YOU are the criminal. In the drug war, those who have chosen the side of Darwin instead of the side of the people, are the criminal aggressors standing on the wrong side of history, and they will be judged for the evil they have wrought upon this earth.

Today is Thursday January 18th, 2018 and you are listening to ADAM VS THE MAN coming to you live from cell D-27 at the Wise County Jail in Decatur, Texas behind drug war enemy lines. For 3 days I have been denied my basic human rights as a prisoner of the United States and international law. I have not been provided any paperwork about my case or my charges despite repeated requests; and I have not been allowed to meet with my attorney. My bail has been set at $80,000 which is to say that an innocent man has been kidnapped by the government and is being held for ransom.

The Wise County bond system is a shakedown racket that needs to go. They say that I can be released if I pay $6,000 of which I would never see again. They're doing this and harassing innocent Americans every day and the war on drug users because they want us to be afraid. Well, in the Marines, they forgot to teach us to be afraid. They taught us not to negotiate with terrorists, and certainly not acquiesce to their demands without a fight.

Well today I would rather fight than buy my freedom. Thanks to our supporters on Steemit, we have raised more than enough money to pay off the terrorists, but I have instructed my staff to donate that money to the libertarian party instead. If you're not already, please become a member of the LP by going to www.LP.org.

I'm also excited to announce two nominations for the party, but first, the reasons. I am running for the libertarian party nomination of president in 2020 in order to dissolve the entire federal government in a peaceful and orderly manner. My opposition is the pro-pedophile Bill weld, who is launching his campaign unofficially this weekend with a documentary produced by a convicted pedophile. As if that wasn't bad enough, Bill weld is also a Hillary Clinton supporter. You would think that being a big government Massachusetts Republican would disqualify him from representing Libertarians.

Which brings us to our next two pedophilia protectors in the party, chair Nick Sarwark, and Vice Chair Arvin Vohra. Sarwark has already dissented Cara Schultz who was hired recently as a candidate recruiter recently despite the fact that she has publicly famed LP candidates including myself without apology or retraction. In 2018, it's time to clear house at the top of the LP. If we are to be the party of principle, we must rid ourselves of liars like Cara Schultz. We must universally condemn and reject candidates like pro pedophile Bill weld. We must make it clear that someone like Vice Chair Arvin Vohra does not represent us when he publicly supports pedophilia. We must not let a pedophile sympathizer, protector of liars, or even someone who is not willing to stand up to the establishment like Nick Sarwark lead our party to ruin. We must not allow ourselves to be vulnerable to infiltration from political enemies or COINTEL PRO type government agents.

So I am happy today to announce my nomination of two of my longtime friends, as well as longtime friends of the party and freedom itself, Erin Adams of Oklahoma for LNC chair, and Carla Howell of Massachusetts for Vice Chair. I hope they will join me in ensuring that the LP can be all that it can be. We must hang together or surely, we will all hang separately. They have suggested me to this recent and Justice because they want us to be afraid, to cower, and to feel small and weak. However, the "Freedom!" movement gets bigger and stronger every single day; despite the fact that I was set up for false arrest on the day that I announce my candidacy. There has been a shameful mainstream media blackout at this incident, but I am sure they will be happy to cover pro-pedophile Bill Weld and his pedophile coming out documentary, because they want Americans to think that's what represents libertarians.

We will still have to work extra hard to get our message out and demand that the mainstream media portray us fairly with equal time just like the old parties, and interpreter as honestly as champions of a message of universal human rights, ethics, peace, and love. Maybe they never will because they know that if the American people knew they had a choice that they could vote for freedom, that if they finally had a choice to vote for no one to be president and finally free America, they will.

And that is why an American Freedom will win!

Why The Stock Market Is Going Up Despite Unemployment

Feature Article • Adam vs The Man