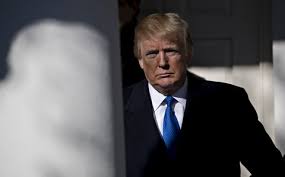 Shutting down government in Washington happened 18 previous times since 1976, the last one in 2013 from October 1 - October 17. After an interim appropriations bill was enacted, operations resumed.

Shutdowns occur when Congress and the administration fail to agree on appropriations for funding the federal government.

In 1976, the current budget and appropriations process was enacted. Since then, 18 budget funding gaps occurred. Eight times they led to furloughing federal employees.

Since 1990, shutdowns followed failure to agree on appropriations for funding government in Washington. The longest shutdown occurred in 1996, lasting 21 days.

The economic effects are modest and short-term. Government shut down in Washington at midnight Eastern Standard Time on January 20 - the anniversary of Trump's deplorable first year in office.

State and local governments can also shut down when funding operations wasn't approved. Since 1990, it occurred in around a dozen states - most recently last year in New Jersey and Maine.

The longest state shutdown occurred in Connecticut (1991), lasting 54 days. Most others lasted a few days.

Friday in Washington, Senate undemocratic Dem leadership and Trump failed to agree on the status of young immigrants in America.

Some estimates place their numbers at about 1.7 million undocumented immigrants, entering America before age-16 prior to June 2007.

"We need a Dream Act now. There's no time to lose."

"We're urging you to put politics aside and come to a long-term solution that protects Dreamers."

"Many Dreamers and their families fled famine, violence, and war for the promise of safety and the chance at a future."

"Each of them has a unique story, but here's the thing they have in common: they cherish this country and are doing their best to make it better."

"It's time to uphold our American values of inclusion and diversity. Give us a clean Dream Act now."

There's plenty of blame to go around, Trump's hostility toward undocumented immigrants largely responsible for his administration's immigration and refugee policies, including outrageously rescinding DACA, playing politics with the status of Dreamers deserving better.

Around 850,000 federal workers will be furloughed. Over a million federal employees will continue working without pay - likely to be made up for once a budget agreement is reached.

Pay for US armed forces personnel will be delayed. How long shutdown lasts remains to be seen.

Based on what happened before, it'll likely be short-term, causing minor disruptions at most - lots of smoke and finger-pointing, little else.