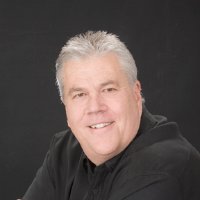 That's the title of my talk at this year's Freedom Summit in Phoenix. It's February 3 – 4 at the Arizona State University Sandra Day O'Connor College of Law.

The Freedom Summit has long been one of the nation's not-to-be-missed gatherings of liberty lovers. Speakers at the Summits over the years have included Harry Browne, Lew Rockwell, Jacob Hornberger, Tom Woods, Justin Raimondo, Ron Paul, Walter Block, Jim Bovard, Larry Reed, Scott Horton and many others.

Charles Goyette is a libertarian commentator and New York Times, bestselling author. He is best known for his economic commentary and his opposition to America's global military empire.

He is the author of THE DOLLAR MELTDOWN and RED AND BLUE AND BROKE ALL OVER: Restoring America's Free Economy.

Charles joined with Ron Paul for the nationally syndicated radio commentary Ron Paul's America, that was broadcast twice daily on 125  radio stations across the country, as well as Ron Paul and Charles Goyette –  The Weekly Podcast.

Charles has often been called upon to share his views with national television audiences on Fox News, CNN, MSNBC, PBS, CNBC and Fox Business Channel. He is finishing work on a new book about the media's complicity in the war lies of the American Empire.

Biden, Harris Kick Off 'Bus Tour' In Arizona -- Not A Single Person Shows Up