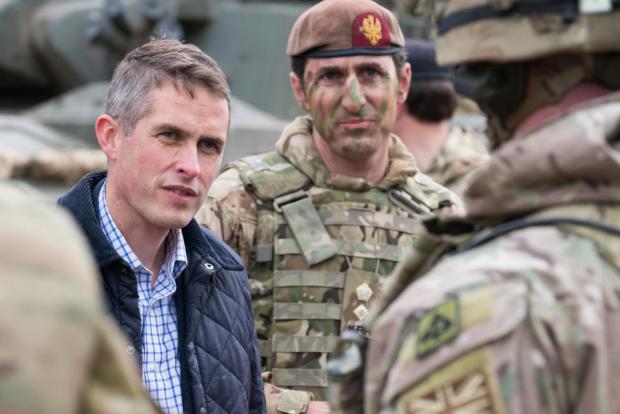 In an interview with the Telegraph, he lied claiming Russia has been researching Britain's infrastructure, including its continental power supply connection, aiming to create "panic (and) chaos," adding:

"They are looking at these things because they are saying these are the ways that we can hurt Britain."

"If we lost our interconnectors, which would be something that we know that they are looking at, there would be 3 million homes without electricity. In a few years' time there will be 8 million homes that would be dependent."

"If you could imagine the domestic and industrial chaos that this would actually cause. What they would do is cause the chaos and then step back. This is the real threat that I believe the country is facing at the moment."

For what purpose, Williamson didn't explain, or cite evidence backing his spurious accusation because none exists.

Perhaps Russophobe Nikki Haley is Britain's new defense minister, operating in drag under a pseudonym, serving along with her other job in America.

"His fears about Russia getting pictures of power plants and studying the routes of British pipelines are worthy of a comic plot or a Monty Python's Flying Circus sketch."

His over-the-top remarks came ahead of submitting his Defense Modernization Program later this year. On Thursday, he said it "isn't aiming to be fiscally neutral," wanting more money for militarism and belligerence disguised as defense.

Britain has no enemies. It faces no threats. Williamson created the illusion of Russians coming to damage its infrastructure and economy - instead of swooping in on "landing craft in the South Bay in Scarborough, and off Brighton Beach."

Fear-mongering works, why it's common practice in Western countries and many others.

According to US and UK media fake news, Russia interfered in Scotland's 2014 independence vote and other European elections, along with using hundreds of fake Twitter accounts to manipulate 2016 Brexit voting, wanting to influence UK politics.

Again, no evidence was cited. Accusations without it are baseless. An internal Twitter investigation found no Russian meddling in the Brexit vote, dispelling the spurious accusation.

Nor does any evidence suggest Moscow interfered in the electoral processes of other nations - a US and Israeli specialty, not Russia's.