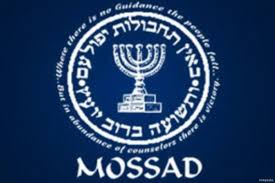 Israel's Mossad and the CIA operate like global Mafia hit squads - on the phony pretext of combating terrorism and defending national security.

Mossad's fingerprints were all over the incident. No evidence suggested Syrian or Hezbollah involvement. Israel and Washington alone benefitted from what happened.

CIA and Mossad assassins perfected the art of killing, blaming others for their high crimes. A mid-January car-bombing in Sidon, Lebanon wounded Hamas member Mohammed Hamdan.

Lebanon's Interior Minister Nouhad Mashnuq blamed Israel for the incident, saying "one of the main perpetrators of the crimes…confessed to be (involved) with Israeli intelligence," adding:

A search of his home found "very advanced communications mechanisms…and correspondence between him and his handlers."

According to the al-Akhbar broadsheet, two of four assassins involved were Israeli agents, adding Israeli intelligence had been monitoring Hamdan's movements for months.

A Lebanese official was cited, saying a bomb attached to his car was detonated from some distance away, believing he was inside.

The vehicle was totally demolished. Anyone in it would have been killed.

Hamdan escaped death, sustaining a leg injury alone. He's a marked man. Maybe next time he won't be as lucky.

The bomb hidden under the driver's seat used about 500 grams of explosives, according to the Lebanese National News Agency.

Hamas called Hamdan one of its Lebanese "cadres." It accused Israel of assassinating its members in the Territories and elsewhere.

A missile struck his car. Shin Bet claimed responsibility, a statement at the time saying:

"During a joint operation of the General Security Service (Shin Bet) and the IDF today, Ahmed al-Jabari, the senior commander of the military wing of Hamas in the Gaza Strip, was targeted."

His assassination came on the day the IDF launched naked aggression on Gaza - Operation Pillar of Cloud, conducted from November 14 - 21, 2012.

Jabari was a well-respected leader, responsible for building the Qassam Brigades into a 10,000-strong force.

Hours before his assassination, he arranged a truce agreement with Israel, including ways for establishing ceasefire in case of future flare-ups.

He was working to establish a permanent truce, assassinated to prevent his involvement in defending Gaza from Israeli aggression.

He wanted peace, not war, believing Israeli/Palestinian hostility benefitted neither side. He prevented Hamas attacks on Israel.

Assassinating him facilitated Israeli aggression. Peace and stability defeat its agenda. Violence and chaos serve it - likely why Hamdan was targeted.