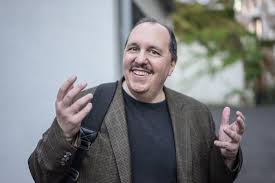 Once you know a storm is coming, the only sensible actions are to either protect yourself or to get out of the way. And so it has become time to roll up the Jay's Bar show and move along. If we simply vanish from view now, there won't be much in the way of targets to destroy.

None of us, however, are about to deny ourselves: what we are, what we love. We're still going to live our lives our way. But neither do any of us want to be locked into cages; that helps no one, save self-righteous enforcers. (About whom I can't help remembering a line from Jesus: Whoever kills you will think he's doing God a service.) And so we'll simply change tactics and survive into another day.

The Crypto House looks like it wasn't connected to this storm, so as long as none of us from the bar make things worse, they should be fine. But Esther will have to avoid the sanitarium for some time. (She and young Johnny have moved in together.)

The kids running the seminars face a harder issue. I've talked to them about this and they're divided. Some want to just sell videos on the darknet and be done with it, while others want to keep going, albeit more carefully… doing it the underground way. I suspect that various of them will take each of those paths.

And what of Mike, our exchange operator in Poland, who is in the enforcers' sights? Well, I'm as sure as I can be that his friends will warn him to move along. The Polish government is far too close to the US government; they'd pick him up in a minute if asked.

Personally, I hope he gets far away from the Western enforcement sphere (maybe to Southeast Asia). And that he winds down or sells his business, waits for the statute of limitations to expire, then comes back home for a visit. His record will be marked, but so long as he colors mostly inside the lines, they'll probably leave him alone.

As for myself, I will cease reporting this story. This is my last dispatch.

But this is the closing of a chapter, not the closing of a movement. These kids have broken out of the status quo and have been exposed to the life of adventure. They won't just give it up.

I've warned them, of course, about dealing with such storms: that you must not only be smart about it, but you must have a "why" for what you do. You need a larger reason than "to make money" or "because it's cool." If you don't, the first wave of tribulation is likely to wash you away.

Nonetheless, some small number of us will suffer for moving the world into a better day. It has happened innumerable times in the past, and it's already happened this time… and it more than likely will happen again. We're moving out of an archaic and barbaric era and into a humane and open era… and that won't happen without resistance; people addicted to status, power, and control will fight it.

But I do think I've shown these young people how to turn the odds in their favor, which was my mission from the beginning.

Further, I'm convinced that this will spread. As I was working on this article a quote from the psychologist Carl Jung came to mind:

Man does allow himself to be nullified for a time. And this has been seen in the status quo world over several generations: in the docile compliance of the factory model, in the forced grouping and conditioning of government schooling, in the modern West's automated obedience to authority… no matter how badly authority screws up.

But that's changing now. My young friends are no longer happy being nullified. They could live on government handouts if they wanted – everyone in their generation knows how, after all – but they don't want to be null beings, housed and fed by a monster state until they die. They want to be alive and self-determinant. They'll take the blame for their errors and the credit for their successes.

This mindset, which is spreading, will eventually break up the old, archaic regime and bring something better into the world.

To wrap everything up, I went by Jay's yesterday, to give Michele the news. He understood very well – half a dozen of his customers have been run over by the feds in recent years – but I think he'll miss us. He very much respected that we were helping disabled people.

As I bade him goodbye for a while (I'll still stop in occasionally), he smiled. He obviously had something on his mind, and so I waited for him to let it out. And it didn't take long.

"You'll be back with a new group in another 20 years, Professor?"

"God willing, Michele," I replied as I turned to leave… "God willing."

Prepping for Normal People on a Tight Budget-Which food to Buy & Grow in 2020...

OBLIVIOUS: People are telling me they are "fully prepared" because they have 2-3 weeks of

No, You Don't Need To Panic-Buy Toilet Paper Because Of Coronavirus

This Video Is For Everyone That Used To Mock Preppers