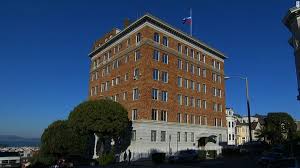 Is that where things are heading? Will humanity be extinguished in global mushroom-shaped clouds?

Will the human species be the first one ever to destroy itself, and most everything else with it?

Has an unthinkable rubicon of no return been crossed, too late to turn back? Does Russophobic rage doom us all - no antidote to what's ongoing, no way to change things?

The unprecedented mass expulsion of Russian diplomats from at least 23 countries continued new millennium hostility toward the country, likely much worse to come based on disturbing events so far.

It's futile for Moscow to try repairing things. Its overtures fall on deaf ears in Washington, Britain and other key Western capitals.

A fuse was lit before the Skripal affair, greatly exacerbated by events over the past few weeks - Trump going along with dark forces running America, his only option if wanting to remain president, risking potential humanity destroying nuclear war to save his job.

It's unlikely he could change things if he tried. Presidents can be eliminated like mere mortals.

The lesson of Jack Kennedy still resonates with anyone old enough to remember his state-sponsored assassination.

Regime change in Russia is longstanding US policy, Britain a willing co-conspirator.

Other European nations, Canada and Australia were pressured to go along - evident from Monday's mass expulsions.

They're continuing on Tuesday - 23 countries in all so far continuing what Theresa May-led Tories began, over 135 Russian diplomats ordered out, over 145 including NATO expulsions, discussed in a separate article.

This type dirty business "is Washington's chief instrument (on) the international" stage - either go along with its agenda or be severely punished for disobedience.

"(W)e will not tolerate such impudence," said Lavrov, Russia's response to mass expulsions coming against all countries involved.

If not tough enough, it'll show weakness, encouraging Washington and Britain to escalate things more than already - why it's essential for Moscow to show resolve and strength at this crucial time in East/West relations.

Chances for Russia detente with Washington and Britain are dead.

Outreach to the West can't work.

Given how badly relations deteriorated, things are virtually certain to worsen ahead, not improve.

Nuclear war remains an ominous possibility, too grave a threat to ignore, humanity's fate up for grabs because of US-led NATO rage for control of world nations, their resources and populations.

A previous article said Russia has lots of options. Perhaps it's best one is quietly warning Washington, Britain and other Western countries, clearly explaining it won't tolerate further unacceptable hostility - saying it's ready, willing and able to respond harshly to further provocations.

Diplomacy is a dead letter, a waste of time. The only language Washington and its key allies understand is force, toughness - the only sensible option for Moscow to pursue in response to US-led NATO wanting pro-Western puppet rule replacing its sovereign independence.

Its future depends on policies pursued ahead at this crucial time in its history - the most dangerous one since Hitler's Operation Barbarossa.