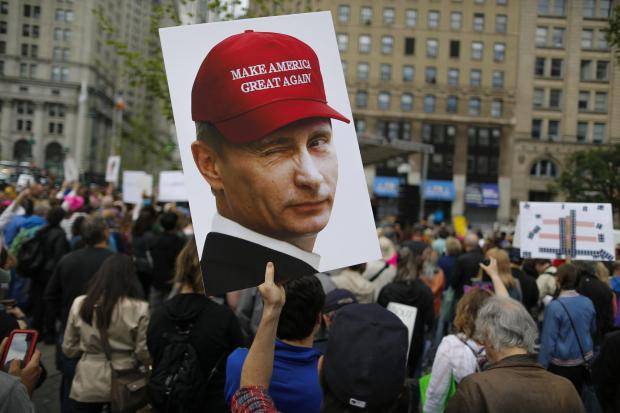 The Skripal incident was likely hatched by both countries, one episode among numerous longstanding efforts to demonize Russia - improved relations ruled out entirely.

US/UK policies toward Russia are joined at the hip, both countries partnering in Russophobic harshness.

On Thursday, Sergey Lavrov blasted Britain, saying "Russia is worried over the health and position of the Skripals, whom the British authorities dragged into this provocation," adding:

"The British authorities' refusal to grant consular access is a reason enough to consider the current situation as abduction or intentional isolation."

This is utterly unacceptable" - Washington equally responsible for what happened, he failed to stress. Virtually all Russophobic actions by either country are joint efforts, neither regime going it alone on relations with Moscow.

Despite no chance for improved relations with both countries in the near, intermediate, and likely longterm, official Russian policy seeks mutual cooperation.

Lavrov: "We are ready for concrete cooperation with Britain. We urge London to cooperate honestly within the framework of the criminal case Russia's Investigative Committee opened over an attempt at premeditated murder and of the relevant queries the Prosecutor-General's Office dispatched to Britain."

He extended a similar overture to Washington, despite continuing deterioration in bilateral relations, nothing showing signs of improvement, endless examples of the most dismal relations in the post-WW II period.

Lavrov: "We have repeatedly stated that we positively assess President Donald Trump's desire to establish normal dialogue between our countries," adding:

Despite positive-sounding Trump rhetoric, it's "reversed by Russophobic sentiments soaring in the US establishment" - near unanimously by Congress, notable hostility from Trump's war cabinet.

Raging hawks John Bolton and Mike Pompeo are militantly Russophobic. Center for Arms Control and Non-Proliferation director Alexandra Bell said "(b)etween (them), you're looking at a neocon foreign policy jacked up on steroids."

Lumping Russia, China, Syria, Iran, and North Korea together, Bolton said "(a) national security policy…based on…faith that (these countries) will honor their commitments is doomed to failure."

He called (nonexistent) Russian US election meddling "a casus belli, a true act of war, and one Washington will never tolerate," adding:

"For Trump, it should be a highly salutary lesson about the character of Russia's leadership to watch Putin lie to him" - a bald-faced lie, continuing:

"And it should be a fire-bell-in-the-night warning about the value Moscow places on honesty, whether regarding election interference, nuclear proliferation, arms control or the Middle East: negotiate with todays Russia at your peril."

Diplomatic engagement with Washington expecting positive results when betrayal followed many times before is hoping for what's unattainable.

"The actions of this administration make clear that President Trump's national security strategy, rightfully, has identified Russia as a danger to our country."

Relations are polar opposite - Washington a mortal threat to Russian security, not the other way around.

As America's top (undiplomatic) diplomat, Pompeo promised toughness in advancing US interests, notably in dealing with sovereign independent countries like Russia, China, Iran and others.

Lavrov said the Kremlin wants to establish "friendly relations with the US" without compromising its principles and national interests.

Washington demands no less, wanting all other nations bowing to its will, making improved relations with Russia and other independent countries unattainable.

America wages endless wars of aggression to achieve its goals, Russia on its target list for regime change. Chances for improved bilateral relations are virtually nil.