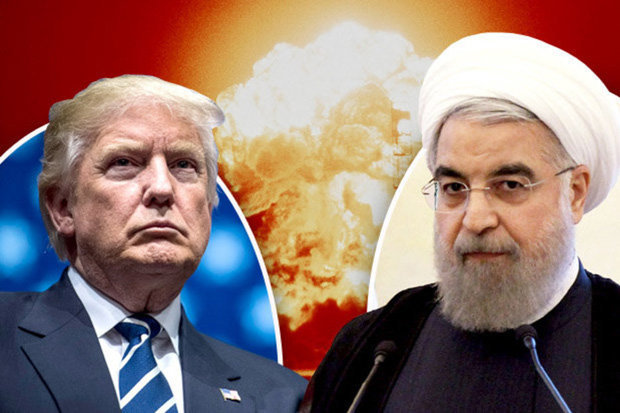 Some of what's below was from an interview with the Tehran Times on US relations with Iran, Trump's JCPOA pullout, and what's likely to follow.

Washington, Israel, and its US lobby have been hostile to Iran since 1979, why it's surprising Obama and those around him agreed to the JCPOA.

Trump and his team are more extremist. As a candidate, he promised to pull out of the agreement. The only campaign promises he kept were hugely negative ones for most people.

Heavy pressure from Israel, its lobby and neocons infesting Washington hostile to Iran got Trump to abandon the JCPOA.

He didn't read it and is ignorant of what's in it. Yet he acted contrary to what the vast majority of the world community supports.

The JCPOA is an international treaty adopted by its signatories and the Security Council unanimously, making it binding international law.

Washington operates by its own rules - international, constitutional and US statute laws ignored in pursuing its imperial agenda.

Hostility toward Iran has nothing to do with its legitimate nuclear program, known to have no military component, confirmed by the US intelligence community annually, and the IAEA through at least 10 intrusive inspections since adoption of the JCPOA.

I wrote several times on whether the JCPOA can survive - only if other P5+1 countries refuse to observe US sanctions on Iran, an open question unless and until proved with actions, not rhetoric by Britain, France and Germany.

Russia and China intend no change in their economic and political relations with Iran other than improving them. They reject Trump's pullout and US sanctions.

Guarantees without firm policies backing them are meaningless. Europe most often is subservient to US interests even when harmful to its own.

Will this time be different on Iran? The odds are long against it. Given enormous US pressure, it's hard to be positive about salvaging the JCPOA unchanged.

The US wants a pro-Western government it controls replacing Iranian sovereign independence. That's the core reason for US hostility. That won't change.

Thursday media reports said the European Commission (EC) will invoke the EU blocking statute, banning bloc companies from complying with US sanctions on Iran, along with prohibiting its courts from enforcing them.

EC president Jean Claude Junker said the commission has a "duty to protect European companies" from US sanctions," adding:

"We now need to act, and this is why we are launching the process to activate the 'blocking statute' from 1996. We will do that" Friday morning.

The proof of the pudding is in enforcement. It may prove daunting.

US legislation calls for cutting off companies from American banks and dollar processing transactions for not observing Washington's sanctions on targeted nations.

According to EU commissioner for financial stability and financial services Valdis Dombrovskis, "(t)he EU blocking regulation could be of limited effectiveness…given the international nature of banking…and especially the exposure of large systemic banks to the US financial system and US dollar transactions."

France's energy giant Total said it may have to pull out of Iran unless its operations in the country are granted a waiver from US sanctions.

Based on longstanding EU relations with America, it's hard believing it'll challenge Trump's JCPOA pullout enough to matter - beyond tinkering around the edges and hostile rhetoric to be able to continue doing business with Iran, risking unrestricted access to the US market and its financial system.

Resumption of Going-Nowhere JCPOA Talks Ahead

The Hawks Are Encircling Iran…Again