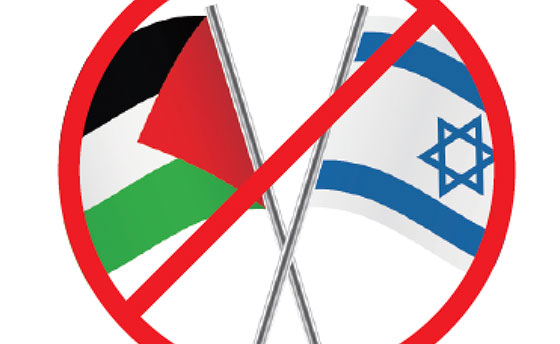 The NYT Reinvents the Peace Process

The open secret is none ever existed. From inception decades earlier, the Israeli/Palestinian peace was a colossal hoax.

Peace and stability in Occupied Palestine, as well as throughout the region are anathema to Washington and Israel - what the Times and other media scoundrels never explain.

Endless violence and chaos serve the imperial interests of both countries - why there's no end of it.

The Times: "The day the United States opened its embassy in Jerusalem is a day the world has longed for, because of what it was supposed to represent: the end of a seemingly endless conflict, a blood-soaked tragedy with justice and cruelty on both sides."

"Israelis and Palestinians have envisioned a capital in Jerusalem, and for generations the Americans, the honest brokers in seeking peace, withheld recognition of either side's claims, pending a treaty that through hard compromise would resolve all competing demands."

Fact: Jerusalem is an international city, recognized as such by nearly the entire world community - not Israel or America under Trump.

Fact: A "blood-soaked tragedy with justice and cruelty" is entirely one-sided, Israel a brutal occupier, defenseless Palestinians victimized since establishment of the Jewish state.

Fact: Washington never brokers honestly anywhere, never during decades of Israeli/Palestinian peace talks - dead-on-arrival each time initiated, equitably resolving decades of conflict unattainable because the US and Israel reject resolution, compromise not in their vocabulary.

True enough "(t)he world did not witness a new dawn of peace and security" for Palestinians with the opening of Washington's Jerusalem embassy - just the opposite, making a devastatingly horrendous situation far worse, justifiably infuriating Palestinians more than already, driving a stake into the heart of an already moribund peace process.

The Times claim about "Israel's democratic character…reced(ing)" in recent months ignored its nonexistence since the Jewish state was established - an apartheid regime from inception, militantly hostile to Palestinians, including its own Arab citizens, treated like enemies of the state.

The Times: "For decades, the United States prided itself on mediating between Israel and the Palestinians."

"Successive administrations urged a peace formula in which the two parties would negotiate core issues - establishing boundaries between the two states; protecting Israel's security; deciding how to deal with refugees who fled or were driven away after Israeli statehood in 1948; and deciding the future of Jerusalem, which was expected to become the shared capital of Israelis and Palestinians."

Neither Washington or Israel accepted the idea of Palestinian self-determination - paying disingenuous lip service to it alone, stalling for time, enabling Israeli regimes to continue stealing Palestinian land, controlling over 70% of the West Bank, wanting more, along with Jerusalem as an exclusive Jewish capital.

The Times: "Mr. Trump's announcement that he was recognizing Jerusalem as Israel's capital, and moving the embassy from Tel Aviv, swept aside 70 years of American neutrality."

Fact: False! Washington was never neutral - not on issues involving Israel and Palestine, or virtually anything else, wanting its own interests served, mindless about those of others.

The Times: "Israel has every right to defend its borders, including the boundary with Gaza. But officials are unconvincing when they argue that only live ammunition - rather than tear gas, water cannons and other nonlethal measures - can protect Israel from being overrun."

Fact: The Times disgracefully ignored 11 years of illegal, brutal occupation of Gaza entirely for political reasons, unrelated to its security.

Fact: Unlike all other nations, Israel has no declared borders. It wants them expanded by stealing Palestinian land, more from neighboring states.

Fact: Israel faces no regional threats - not from Palestinians, Iran, Syria or any other nation.

Fact: Demonstrating peacefully for equity and justice denied is a fundamental right of everyone everywhere. Attacking them by lethal or other means constitutes a crime against humanity - an Israeli specialty, repeating virtually daily throughout the Territories.

Fact: The threat of Israel "being overrun" is ZERO - not by Palestinians or anyone else.

The Times: "…Gazans are undermining their own cause by resorting to violence, rather than keeping their protests strictly peaceful" - a bald-faced lie!

Palestinian protests throughout the Territories, including in Gaza, are peaceful, virtually always attacked by Israeli forces violently.

The Times has a long, disturbing history of one-sided support for Israel.