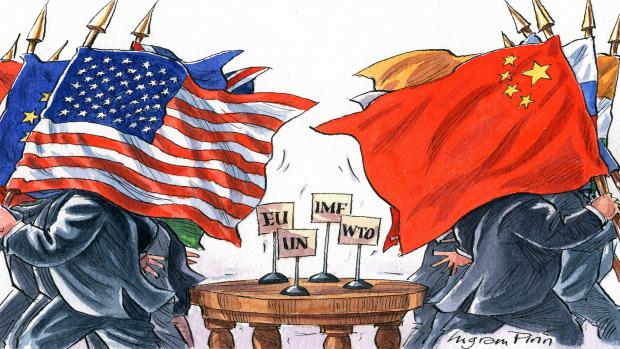 Following May 17 and 18 trade talks in Washington, a joint statement said the following:

"To meet the growing consumption needs of the Chinese people and the need for high-quality economic development, China will significantly increase purchases of United States goods and services. This will help support growth and employment in the United States."

"There was a consensus on taking effective measures to substantially reduce the United States' trade deficit in goods with China."

The devil is in the details on what was agreed on - to be discussed in further talks. Nor was anything said about Trump's announced tariffs on Chinese imports.

Beijing agreed to increase purchases of US agricultural and energy products - insisting "the expansion of US imports must meet the urgent needs of its country's economic and social development," according to China's Global Times (GT), adding:

"China believes that in order to reduce the US trade deficit, the US should further open its domestic market to Chinese buyers." Beijing wants access to US high-tech products.

Both countries agreed to increase trade in manufactured goods and services, as well as encourage "two-way investment."

They agreed to cooperate in protecting intellectual property, along with maintaining high-level contacts to resolve trade disputes.

According to analyst Suisheng Zhao, China won't "offer a $200 billion cut in the trade deficit in the near future. This is a much more long-term effort."

"Both sides want to reach some kind of deal. It's just that each side is trying to push the other side to make more concessions."

"(T)here's no quick solution" to bilateral differences on trade. It's unclear when further talks will be held.

"Sometimes it's better to walk away from the negotiating table to reinforce the point to China that our resolve is strong. We need more details, but I'm not encouraged by the direction these talks are headed."

For now, it appears a trade war is averted. Whether consensus can be reached on key sticking points could prove another matter entirely. Bilateral differences are far from resolved.

Ahead Of Iran Deal Decision, White House To Focus On Blaming Trump

Why Was Trump's EO About Federal Cybersecurity and Critical Infrastructure Deleted?

Trump Reveals He Got COVID-19 Booster Shot; Crowd Boos Him