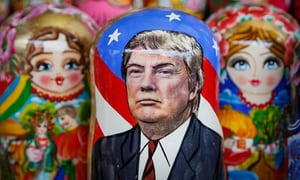 Media censorship is rife, independent journalism banned. Chief editor of Russia's RIA Novosti Ukraine Kirill Vyshinsky was arrested, falsely charged with high treason for doing what responsible journalists and editors are supposed to do - their jobs.

Kiev said he "spoke out in favor of changing Ukraine's borders (referring to Crimea joining Russia) and called for creating a state named Novorossiya on Ukraine's territory with a capital in Donetsk that could be united with Russia."

The Ukrainian Security Service (SBU) claimed Kiev exposed "a network of media structures, which Moscow used for carrying out a hybrid war" against the country - a bald-faced lie.

Moscow denounced the arrest of Vyshinsky, along with targeting other RIA Novosti Ukraine staff and operations.

"We call on our foreign partners (sic) to pay attention in the final run to the outrageous legal situation and unscrupulous struggle with any dissent in Ukraine."

"We hope that international rights groups and media organizations will not leave Vyshinsky's plight unattended."

Russia called on OSCE countries, the Council of Europe, and international organizations to demand Vyshinsky's release.

"We understand that Ukraine, like a lot of other countries, has been concerned about intense propaganda," adding:

"Goodness, when we talk with a lot of our allies and partners overseas, they certainly have fallen victim and understand the influence and the reach of Russian propaganda. So we do understand Ukraine's concerns about that."

Truth-telling in the country by journalists or private citizens is considered "anti-Ukrainian," amounting to "state treason" - how all rogue states operate, wanting nothing conflicting with the official narrative.

Last December, the UN Refugee Agency (UNHCR) criticized the expulsion of foreign journalists from Ukraine, its regime calling them "propagandists."

Russian-based journalists are barred from entering the country - the accreditation of 115 Russian electronic and print media outlets suspended.

During a Friday press conference with Germany's Angela Merkel, Putin addressed Vyshinsky's arrest, saying "(t)hey are accusing him of state treason for what he did publicly while acting in accordance with his professional duties. I can't recall any similar case in a long time."

Kiev putschists act with full US support and encouragement. Escalated war on Donbass may be coming.

"Ukrainian butchers used almost all the arms at their disposal banned under the Minsk Agreements, bombing the city of  Gorlovka, including large caliber artillery," Basurin explained.

OSCE observers and US-led NATO elements are collaborating with Kiev forces, aiding them in waging war on Donbass, violating the letter and spirit of Minsk.

Conflict in Donbass appears escalating. What's happening incrementally could develop into something much more serious.