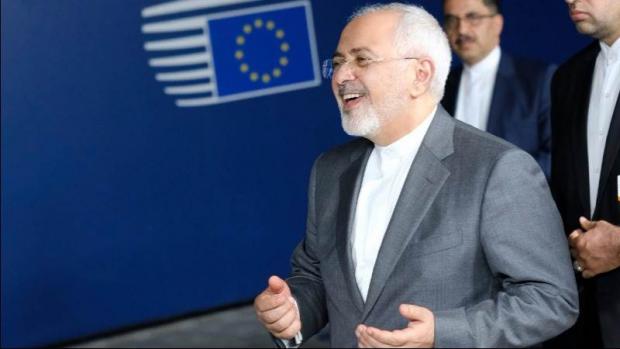 Tehran's state news agency IRNA quoted him, saying "(w)ith the withdrawal of America, (Iran's) public expectations from the European Union have increased in order to maintain the deal's gains, and in the current context, the European political support for the accord is not sufficient," adding:

"The announcement of the possible withdrawal by major European companies from their cooperation with Iran is not consistent with the European Union's commitment to implementing" the JCPOA.

Senior Iranian official Ali Akbar Velayati questioned Europe's commitment to the JCPOA - EU officials expressing support to preserve it while refusing to guarantee it, hesitating on whether to oppose Washington on this issue.

A same day article discusses Germany's Welt am Sonntag broadsheet, saying P5+1 countries Britain, China, France, Germany and Russia will discuss revising the JCPOA nuclear deal to bring Washington back on board, a Vienna meeting to take place in days.

Iranian Foreign Ministry Spokesman Bahram Qassemi called the report "baseless…rooted in the think tanks of the Zionist media and other international anarchists as well as ill-wishers of the Iranian nation with the purpose of creating a negative atmosphere and diverting the course of dialogue between Iran and other sides in the JCPOA."

At the same time, he doubts Britain, France and Germany will stay true to their word, stressing:

"The Europeans do not want to enter a political or trade war with the US, and they cannot force their private companies to cooperate with Iran either."

EU leaders aren't profiles in courage, most often going along with US policies even when harming the interests of their countries.

The JCPOA's survival is uncertain at best. Heavy US pressure to get EU and other countries to support its anti-Iran agenda makes it less likely.