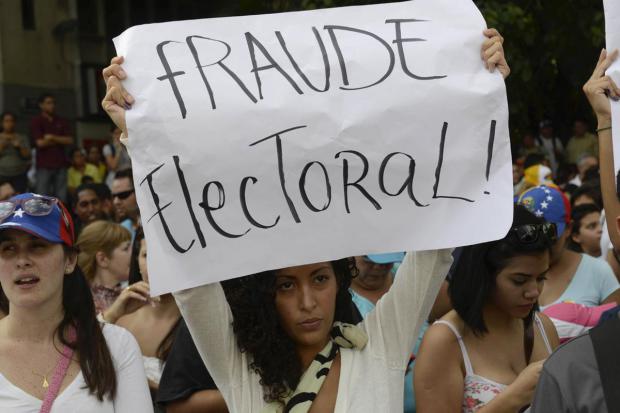 The NYT blames Maduro for economic crisis conditions, causing enormous hardships for its people - ignoring US political and economic war on the country, the main factor behind dire conditions.

The election was scrupulously open, free and fair. The Times falsely claimed otherwise, citing critics saying it was "rigged" for Maduro - a bald-faced lie.

So was claiming the main opposition was banned. MUD chose not to run, explained in a same-day article. The Times lied claiming otherwise.

Saying "(b)rutal repression of anti-government protests, and the arrests of many activists and leaders also weakened the opposition" was another bald-faced lie.

"Critics said that the government has committed fraud to win the past three elections and had predicted that the incumbent would ensure his victory."

Truth is polar opposite. Venezuela's electoral process is the world's best, America's system a sham.

The "election (was) deemed illegitimate by the opposition and foreign governments, paving the way for heavier (US-led) international sanctions…"

Here's a sampling of other hostile media misreporting:

CNN: "(P)olitical opposition and Western powers have denounced (Venezuela's election) as a sham."

Nicolas was overwhelmingly reelected for another six-year term - despite dire economic conditions, causing enormous hardships for most Venezuelans.

US political and economic war on the country is largely to blame - what media scoundrels fail to explain.

The Trump administration will surely impose tougher sanctions and other harshness to try achieving what hasn't been accomplished for nearly two decades.