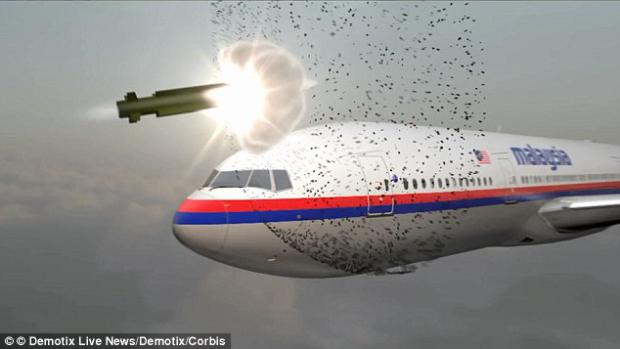 Russia had nothing to do with downing Malaysian Airlines MH17 on July 17, 2014 in eastern Ukraine airspace.

Its mandate all along was not to let clear evidence interfere with its intention to blame Russia and Donbass freedom fighters for what they had nothing to do with.

Instead of doing its job responsibly, it came up with an implausible scenario, wrongfully claiming a Buk surface-to-air missile, not used by Russia for many years, part of Ukraine's arsenal, was delivered by Moscow to Donbass freedom fighters ahead of MH17's downing.

A missile "belonging to the Russian Army was dispatched and used to shoot down a civilian aircraft."

Not a shred of evidence supports her fabricated accusation. Hours earlier, Dutch prosector Fred Westerbeke claimed MH17 was downed by a Russian-made Buk missile fired from Donbass, adding dozens of people are suspected of involvement in the incident, no further details given.

"The Russian Defense Ministry, both in the first hours after the tragedy, and in the future, officially denied the insinuations of the Ukrainian side about the alleged involvement of Russian servicemen in the skies of Ukraine and brought the relevant evidence to the Dutch investigation team," adding:

"Not a single anti-aircraft missile system of the Armed Forces of the Russian Federation has ever crossed the Russian-Ukrainian border."

"Within the framework of cooperation with Dutch law enforcement agencies, the Russian side presented exhaustive evidence…including field tests that clearly indicate the involvement of the Ukrainian Buk systems in the destruction of" MH17.

"No airborne targets approaching the Boeing passenger plane from the eastern side, including from the direction of Snezhnoye or Pervomayskoye were detected by this radar."

JIT investigators "completely ignore(d) and reject(ed) testimon(ies) of eyewitnesses from the nearby Ukrainian communities."

They provided essential information, "indicating (a missile launch at MH17) was carried out from a territory controlled by the Ukrainian Armed Forces."

So-called JIT evidence (sic) came anti-Russia Kiev putschists, along with fake computer-generated images on social media - a scheme to falsely blame Russia and Donbass freedom fighters for the downing they had nothing to do with.

Russian firm Almaz-Antley once produced the type Buk missile claimed to have downed MH17. It was long ago discontinued, replaced by more sophisticated models.