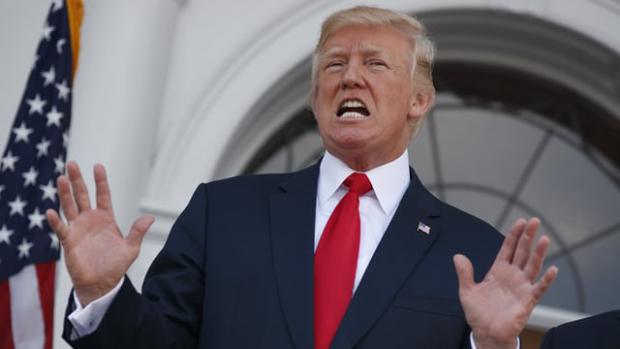 Trump's pullout is another example of why Washington can never be trusted - time and again agreeing to one thing, then doing something entirely different.

Duplicity and betrayal define Washington's geopolitical agenda - never to be trusted. Nations refusing to bend to its will are targeted for regime change, preceded by political and economic war, ongoing against Iran and Venezuela, continuing on North Korea even in the run-up to the cancelled summit.

Despite Trump's pullout, North Korean Vice Foreign Minister Kim Kye Gwan said "(w)e would like to make known to the US side once again that we have the intent to sit with the US side to solve problem regardless of ways at any time," adding:

"We remain unchanged in our goal and will to do everything we could for peace and stability of the Korean peninsula and humankind, and we, broad-minded and open all the time, have the willingness to offer the US side time and opportunity."

On Friday, Pyongyang responded, saying it's willing to meet with US officials "any time in any way."

The DPRK showed good will by releasing three Americans, letting them return home, along with destroying its nuclear test site - witnessed by international journalists.

Washington responded by pulling out of June summit talks. Administration hardliners likely opposed them, notably John Bolton, preferring the "Libya model" in dealing with Pyongyang - preemptive naked aggression, not peace and stability on the Korean peninsula.

South Korea is upset over the pullout, President Moon Jae-in's spokesman Kim Eui-kyeom, saying (we) "are are trying to figure out what President Trump's intention is and the exact meaning of it."

According to Korea Society president Thomas Byrne, "Trump never had the intention of just going into the room in Singapore with Kim Jong-un with a blank piece of paper and filling in right there what would be agreed to," adding:

"A lot of the diplomats and analysts were very much concerned because this seemed to be a very unorthodox way of negotiating. It was very top down instead of bottom up."

Clearly US administration hardliners want North Korea bending to their will, offering nothing in return but empty promises, certain to be breached, how Washington consistently operates.

Trump's unacceptable pullout makes him more of a deal-breaker-than-maker, another example of imperial arrogance.

Withdrawal reflects Washington's unwillingness to normalize relations with North Korea, wanting it co-opted as a vassal state - clear from largely unrelenting US hostility toward its government since the late 1940s.

It's been especially hardline under Bush/Cheney and Trump - neocon extremists infesting his administration in charge of geopolitical policymaking, opposed to world peace and stability.

It's hard imagining anything positive ahead in relations with the DPRK under these conditions.

Washington's goal is regime change, wanting a US vassal state bordering China, North Korea unwilling to sacrifice its sovereignty - nor should any nation to a foreign power.