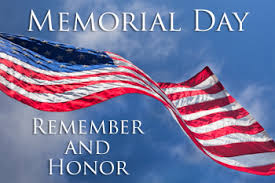 They're days of shame, dishonoring countless US men and women who died needlessly in wars that never should have been waged - so bankers, war profiteers, other corporate predators, and high-net-worth individuals could benefit from the slaughter of countless millions, along with vast destruction from all wars.

US servicemen and women gave their lives in vain, advancing the nation's imperium since the mid-19th century - from the halls of Montezuma to the shores of Tripoli to today's ongoing wars of aggression, raping and destroying one country after another on the phony pretexts of democracy building, combating terrorism Washington supports, humanitarian intervention, and whatever other false reasons are given.

America is a warrior state, devoting an inordinate amount of its resources for militarism, its global empire of bases, and endless war on humanity at home and abroad.

Its so-called war of independence substituted new management for old. Everything changed but stayed the same.

It's America's longstanding tradition, the shame of the nation, an insatiable quest for conquest and dominance, risking eventual catastrophic war to end all future ones with super-weapons able to destroy planet earth and its people - victims of mushroom-shaped cloud madness if things go this far.

Memorial and Veterans Days warrant condemnation, not celebration - symbols of national depravity for committing the highest of high crimes.

The dead died in vain. A new birth of freedom never came. Government of, by and for the people is just a figure of speech belied by reality - a nation dedicated to exploiting the many worldwide to benefit the privileged few.

The horror of endless wars, the stench of mass slaughter and destruction, the suffering of living survivors bear testimony to US rage for conquest and control at the expense of peace on earth, good will toward all - a nation dedicated to right over wrong instead of might makes right.

A Peace Day should replace Memorial and Veterans Day, honoring the living "to save succeeding generations from the scourge of war, which (endlessly) in our lifetime has brought untold sorrow to" countless millions worldwide.

Survival may depend on it!