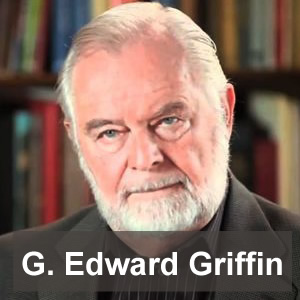 Last night, I saw a movie that shook me to the core. Even though I am in the movie and delivered some commentary about the Federal Reserve System, I had forgotten about the day I spent with the film crew in Austin. Texas, many months ago. I had seen the segments in which I appeared, which the producer sent to me as a courtesy, but it was only last night that I watched the whole movie – and I was stunned.

When my commentary was joined with scores of others who spoke from first-hand knowledge about loss of liberty and growth of government, the pieces came together like a giant jigsaw puzzle that revealed a disturbing picture of the social and political Hell we are rapidly approaching.

The movie is called Revelation; Dawn of Global Government, starring Charlie Daniels,  Alex Jones, and Special-Ops General "Jerry" Boykin. The outstanding narrators include Larry Pratt, (Gun Owners of America), Stewart Rhodes, (OathKeepers), Joel Skousen, (World Affairs Brief), even Ted Nugent has something to say! It is one of the best overviews of the mortal challenges facing America – and the world – I have ever seen.

The future of liberty may depend on how many people see this film. Normally that would require a visit to a theater, the purchase of a DVD, or a pay-per-view. However, the film producer has offered to let subscribers to Need to Know News and attendees of Red Pill Expo watch the entire movie free beginning June 8 for 10 days only. Click on the banner below to gain access.

The Red Pill Expo, held this year in Spokane, Washington, begins on June 21, so Revelation, The Dawn of Global Government is a perfect warm-up for the 36 world-class presenters at the Expo who will show the way out of the Matrix. You won't want to miss it.

Martin Armstrong Warns "America Is Under Attack By Marxist Globalists"

Part I: Stealing The Global Commons And Everything Else