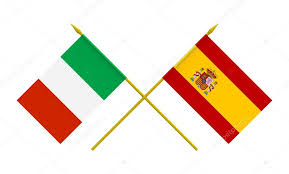 Political Change in Italy and Spain: Hold the Cheers

Democracy the way it should be is pure fantasy in most countries, notably in America, Europe and Israel - neoliberal harshness triumphing over social justice.

George Bernard Shaw once said "(d)emocracy is a form of government that substitutes elections by the incompetent many for the appointment of the corrupt few."

Western societies offer proof. Ponzi schemes keep them afloat. Powerful interests run things, serving the privileged few at the expense of most others.

The same goes throughout Europe, the continent and Britain beholden to powerful monied interests, benefitting at the expense of ordinary people.

Though critical of Brussels' control, he hasn't urged abandonment of the euro - essential for Italy to regain its sovereign independence.

It's a straightjacket harming economically and financially weak nations like Italy and Greece - economic powerhouse Germany benefitting at their expense.

Monied interests are empowered at the expense of ordinary people. Italian election results showed voters want change, unlikely under its new coalition government or any other one.

His ousting followed numerous current and former officials in his fascist People's Party found guilty of embezzlement, tax evasion, and other corruption-related offenses - ongoing for years.

Rajoy has unrevealed skeletons in his closet, tainted like others in his party though not so far facing charges. His party was fined by Spain's High Court for corrupt practices.

The same holds in all Western societies - democracies in name only.

Will Hungary And Poland Be The Next Victims Of US/EU Regime Change?

"You know, we were elected by the people. That's what the treaty says..."