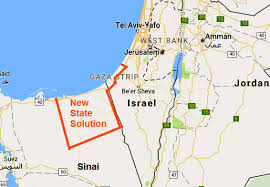 US support and encouragement lets Israel get away with mass murder and much more. Its longstanding plans call for stealing and annexing all valued Judea and Samaria land.

Law Professor Michael Lynk serves as UN special rapporteur on the situation of human rights in the Palestinian territories - a thankless job.

His predecessor Makarim Wibison quit because of extreme Israeli obstructionism, saying his best "efforts to help improve the lives of Palestinian victims (were) frustrated every step of the way."

Richard Falk held the same position from March 2008 - May 2014 - obstructed in his work by Israel the same way.

Falk explained Israel and Zionist zealots vilified him. In his first term, he was expelled from the country, denied free access to Occupied Palestine, obstructed from doing his job to keep Israeli human rights abuses suppressed.

"I have extensive experience in the areas of industrial relations and labour law, human rights law (both domestic and international) and in the Middle East, particularly in the Occupied Palestinian Territories."

He practiced labor, human rights, and refugee law for about 10 years, along with teaching constitutional, administrative, labor and human rights law since 1999.

In his most recent assessment of conditions in Occupied Palestine, he expressed alarm over deteriorating human rights, describing what he saw as increasingly unacceptable, stressing:

"After years of creeping Israeli de facto annexation of the large swathes of the West Bank through settlement expansion, the creation of closed military zones and other measures, Israel appears to be getting closer to enacting legislation that will formally annex parts of the West Bank."

"This would amount to a profound violation of international law, and the impact of ongoing settlement expansion on human rights must not be ignored."

In October, he'll present a detailed account of facts on the ground to General Assembly members - based on information he's collecting.

"This is my third mission to the region since I assumed the mandate in May 2016, and the reports I received this week have painted the bleakest picture yet of the human rights situation in the OPT," he said.

"Palestinians in the West Bank face daily indignities, as they pass through Israeli checkpoints, face night raids of their homes, and are unable to build or expand their homes or work to develop their communities due to the complex system which makes building permits nearly impossible to obtain from the Israeli authorities."

Peaceful protesters are brutalized, Gazan demonstrators massacred in cold blood. Israel gets away with high crimes because the world community fails to challenge them.

Washington supports them, the Trump regime more one-sided than his predecessors - utterly disdainful of Palestinian rights and welfare.

Citing the imminent (High Court approved) unlawful ethnic cleansing of the entire Khan al-Ahmar bedouin community, their homes and other structures to be demolished, Lynk said:

"Its residents are living in a coercive environment that may lead to forcible transfer, not knowing where they may find themselves in the coming months and not knowing if they will be living in a place where they are able to continue their traditional way of life" - their fundamental rights denied.

Conditions in Gaza are calamatous, "(r)esidents…deprived of their most basic rights, including the rights to health, to education, and most recently, in attempting to exercise their right to freedom of expression and peaceful assembly, they were deprived of the right to life," said Lynk.

Palestinians are ruthlessly persecuted for not being Jewish, Israeli harshness on Gazans worst of all, its two million residents hostage to Netanyahu regime viciousness.