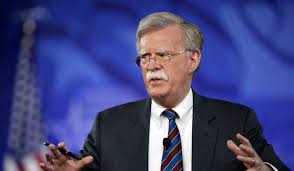 Unrelenting US Hostility Toward North Korea

Throughout its entire post-WW II history, US hostility persisted against North Korea - solely for its sovereign independence, not for any threat the country poses.

On Friday in Japan on the final leg of his East Asia tour, US war secretary Mattis vowed to continue treating North Korea as an adversary, not an ally, saying Washington and its regional partners intend to maintain a "strong collaborative defensive stance" on the DPRK.

The Trump regime will deal with its leadership "from a position of unquestioned strength." The Pentagon will continue "maintaining the current US force levels on the Korean peninsula" and region overall.

According to one unnamed US official quoted, "(t)here is absolutely unequivocal evidence that they are trying to deceive the US."

The NBC report was planted by US dark forces, wanting no chance of improved relations with North Korea.

Its leadership and military were never a regional or US threat, its nuclear program for defense alone because of genuine fears about possible US aggression.

Throughout its history, the DPRK never attacked another country. In June 1950, its forces responded to US-orchestrated South Korean aggression, not the other way around.

On June 26, it claimed "improvements to the infrastructure at North Korea's Yongbyon Nuclear Scientific Research Center are continuing at a rapid pace," according to alleged satellite imagery, adding:

"Continued work at the Yongbyon facility should not be seen as having any relationship to North Korea's pledge to denuclearize. The North's nuclear cadre can be expected to proceed with business as usual until specific orders are issued from Pyongyang."

The monitoring group said it can't confirm if the above work continued after the June 12 Kim/Trump summit.

On Sunday, the neocon/CIA house organ Washington Post claimed "newly obtained (post-Kim/Trump summit) evidence" shows Pyongyang "does not intend to fully surrender its nuclear stockpile, and instead is considering ways to conceal the number of weapons it has and secret production facilities," citing unnamed US officials, adding:

"(T)he DIA has concluded that North Korean officials are exploring ways to deceive Washington about the number of nuclear warheads and missiles, and the types and numbers of facilities they have, believing that the United States is not aware of the full range of their activities."

All indications are that the DPRK is committed to denuclearize as long as its security is guaranteed - by America and China most of all.

Its other demands are reasonable, wanting a formal end to the 1950s war, unacceptably harsh sanctions lifted, its sovereign independence respected, and a durable peace replacing threatened war on the peninsula.

If all of the above are achieved, its nuclear deterrent no longer is needed.

Given Washington's rage for global hegemony, its longterm hostility toward the DPRK, its aim to transform all sovereign independent nations into US vassal states, and its deplorable history of reneging on promises, it's pure fantasy to believe this time is different going forward in bilateral relations.

Washington's deplorable record speaks for itself. US hostility toward Pyongyang remains unchanged as long as hardline neocon extremists are in charge of geopolitical policymaking.