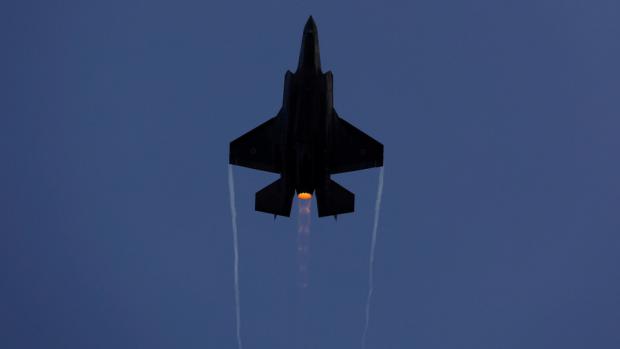 Israel and America partner in each other's high crimes of war and against humanity.

Both countries are at war on Syria without formally declaring it, the conflict in its eighth year with no prospect for resolution any time soon.

How can Middle East peace and stability be possible when dark forces in the US and Israel want sovereign Syria and Iran forcibly replaced by pro-Western puppet rule?

Was the latest Israeli terror-bombing incident of Syrian targets prelude for more to come? The IDF aggressively downed an unarmed UAV posing no threat to the Jewish state.

It used the incident as a pretext to terror-bomb Syrian military sites in Quneitra province, its second aggressive attack on its territory this week - days earlier terror-bombing its T-4 airbase, most missiles destroyed before reaching targets, limited damage caused both times.

A belligerent IDF statement said it "targeted three military posts in Syria in response to the (alleged) infiltration of the Syrian UAV into Israel," adding:

"The IDF will continue to operate determinedly and decisively against any attempts to hurt Israeli civilians and breaches of Israeli sovereignty."

No such attempts exist, nothing throughout years of war by Syrian and allied forces against Israeli territory, its military or civilians.

Israel holds Syria "accountable" for incidents it has nothing to do with, falsely blaming the country time and again, using its fabrications as a pretext for numerous instances of IDF aggression.

Throughout the war, the world community failed to hold Washington, Israel and their rogue allies responsible for high crimes of war and against humanity against sovereign Syria - complicit in what's going on through inaction and silence.

"Following the Israeli airstrikes, the (anti-government) jihadist (terrorists) of Hay'at Tahrir Al-Sham took the opportunity to launch a quick offensive in order to capture some ground against the Syrian Arab Army in the Al-Quneitra Governorate."

"This jihadist offensive would ultimately fail after a short battle with both the Syrian Arab Army and Al-Quneitra Hawks faction of the National Defense Forces (NDF)."

Was Israel's latest aggression the start of its attempt to prevent Syrian forces from liberating more southwestern territory near illegally occupied Golan?

Did Netanyahu's failed mission signal the start of greater Israeli aggression on Syrian targets, mainly in the country's southwest?

"The current situation is very critical, and the world is under the hegemony of a wayward person - the US president who defies international regulations."

"Therefore, it is necessary that (bilateral) cooperation (between Iran and Russia) be increased," protecting the security interests of both countries, he stressed.

It's unlikely that Helsinki talks between both leaders will change materially things on the ground - regardless of what's publicly announced.