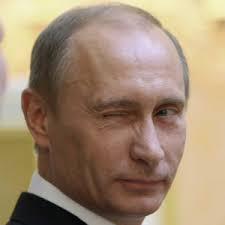 Before television and the Internet age, Winston Churchill said: "A lie gets halfway around the world before the truth has a chance to get its pants on."

Today it circulates worldwide almost instantly - how the power of propaganda works. Disinformation, Big Lies and fake news repeated enough gets most people to believe utter rubbish, no matter how many previous times they were duped.

Fact: Russia threatens no one - not America or any other countries.

Fact: Since the Russian Federation was created after the Soviet Union's dissolution, it never attacked another country.

Fact: America, NATO, Israel, and their rogue allies do it repeatedly, attacking nations threatening no one - falsely pretending naked aggression is all about protecting their national security.

According to the Russophobic NYT,  they "vowed Thursday to defend American elections against what they called real threats from Russia" - invented, not legitimate ones.

The neocon CIA house organ Washington Post said America's "(t)op national security officials…vow(ed) that the Trump administration has made combating interference a priority ahead of the midterms in November" - despite knowing no electoral meddling threat exists.

The Wall Street Journal said "(s)enior intelligence officials described Russian efforts to interfere in the 2018 midterm elections as deep, real and ongoing, showcasing their efforts to combat a threat President Trump has repeatedly dismissed and played down."

Thursday's press conference was long on accusations, bereft of evidence, none revealed about alleged Russian US election meddling or any other Kremlin threats because none exist.

Endless false accusations against Russia, China, Iran, Syria, and other sovereign independent nations are all about creating and maintaining a state of mass hysteria about nonexistent threats.

It's done to justify unjustifiable militarism, aggressive wars, along with homeland repression against the nation's most disadvantaged and unwanted aliens.

Americans are manipulated to accept eroding freedoms and social justice for greater security - unaware they're being lost.

No malign behavior by Russia or  any nations exists against America. The official narrative, regurgitated by media scoundrels, is a bald-faced lie.

Since no enemies exist, they're invented, Russia bashed most of all. Putin/Trump Helsinki summit talks achieved nothing - nor will further talks ahead, if held.