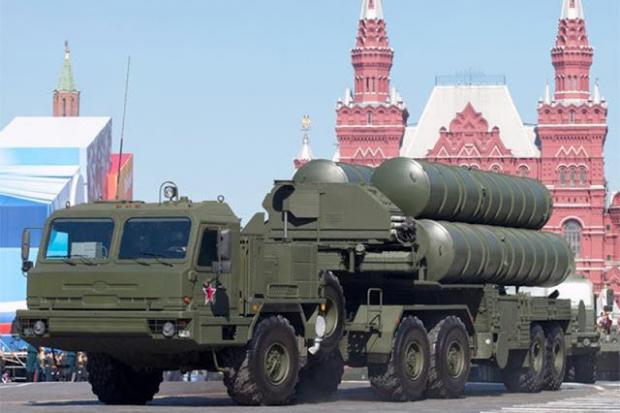 Turkey is in the eye of the storm, the rift between Washington and Ankara simmering.

It's all about President Erdogan's ties with America's main adversaries - Russia and Iran. He rejects US sanctions on both countries, intends maintaining normal political and economic relations.

It's also about US efforts to marginalize, weaken, contain and isolate Russia, including Trump regime hardliners wanting no nations buying its S-400 air defense systems - the most sophisticated ones in use, more advanced and effective than America's long-range surface-to-air Patriot missiles.

In June, US Assistant Secretary of State for European and Eurasian Affairs Wess Mitchell warned Turkey, saying "(w)e made it clear that if (Erdogan) buys S-400s, there will be consequences."

"We will introduce sanctions within the Countering America's Adversaries Through Sanctions Act (CAATSA). Delivering F-35 combat aircraft Ankara contracted for may be halted."

Mitchell unjustifiably claimed that the Trump regime has "legal authority that would allow (it) to withhold transfer under certain circumstances, including national security concerns."

"It goes against our policy to have a NATO ally such as Turkey use an S-400 system," she said, adding:

"Part of the problem with that…it is not interoperable with other NATO systems. And so we are against…having some of our partners and allies around the world potentially purchase S-400s."

Remarks by Mitchell and Nauert reflect US political and economic war on Russia, along with promoting sale of US products over foreign ones - especially when bought from nations Trump regime hardliners consider adversaries.

On August 21, Russian state arms exporter Rosoboronexport's CEO Alexander Mikheev said S-400s will be delivered to Turkey in 2019, fulfilling the contractual agreement between Moscow and Ankara - a Turkish downpayment of the $2.5 billion purchase price already made.

Ankara defends its sovereign right to buy weapons and other products from any nations it wishes, free from foreign interference.

"Notwithstanding our repeated statements about Ankara's immutable position regarding the purchase of the S-400s, the American side continues to insist on putting this issue on the agenda, which, frankly, is rather difficult to explain," adding:

"The question of buying the S-400s is closed, and we have explained the situation to our NATO and US partners in the clearest way possible and at the highest level, through the president and the foreign minister."

"We have repeatedly stressed that we are acting within the framework of international norms, purchasing those weapons systems which we deem necessary to ensure our own national security."

US efforts to convince Turkey to pull out of its contractual agreement to buy S-400s failed.

On Wednesday, Erdogan's spokesman Ibrahim Kalin said Trump regime policies are at odds with how NATO member states treat each other.

US policy toward Turkey "is proof that Trump is targeting a NATO ally as part of an economic war…intend(ing) to use trade, tariffs and sanctions to start a global trade war."

Ankara "cannot…keep silent in the face of" unacceptable Trump regime "attacks" - including doubled tariffs on Turkish steel and aluminum exports to America.

Republican and undemocratic Dem regimes demand all nations bend to their will. They consider sovereign national rights, recognized under international law, unacceptable.

The rift between Washington and Ankara shows no signs of easing.