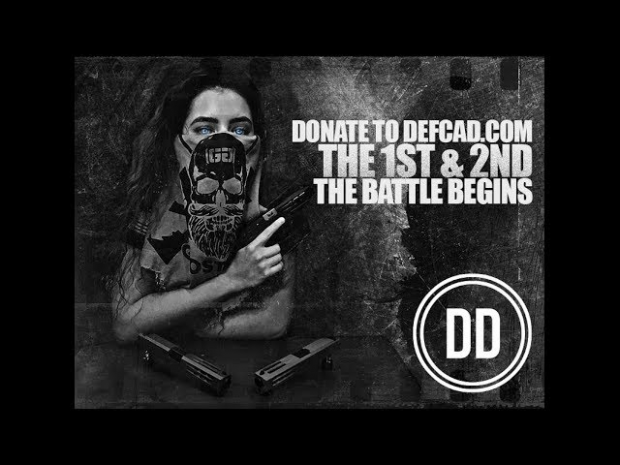 I got an email from Richard Grove that an interview he produced here at my home was flagged and taken down. While visiting Arizona in May of 2015 Richard of www.TragedyandHope.com recorded interviews with several people of interest. While here Richard interviewed Patrick Wood of www.Technocracy.news, Charles Goyette and myself in separate interviews.

During my interview here at my home my first GhostGunner 1 arrived and we excitedly unpacked the box while still filming,... that's it. No demo, no details, just excitement and the interview continued on other issues. The clip posted of the GhostGunner arrival has been flagged, deleted and 'earned' a Strike.

I forwarded this information to Cody Wilson and he informed me this morning that his fund raising video for Defense Distributed has meet the same fate https://defcad.com/donate/
Video unavailable - This video has been removed for violating YouTube's Community Guidelines.

From Cody:
"It's me. They removed my fundraising video at Defcad.com and my press release.

Actually, I'm looking and they removed every ghostgunner video and Defcad video I've ever made.

Those of us that have been openly challenging The Crown's effort to eliminate dissent have known that The Crown would eventually have to clearly expose their intentions and we have been in preparation for years (one good example :) http://pirateswithoutborders.com/).

The deCentralization of information will fill the void made by liberty being stricken from The Man's Internet.

The panic demonstrated by They/Them/Those (that won't leave us alone) is the sign that I've long been preparing my mind for. While this sort of thing has been a constant concern, we knew that "It wouldn't happen all at once,... but that sooner or later, it would happen overnight". Well,... here we go :)

BTW - Worry about war with Iran. I've been worried that this sort of censorship is nothing more than an excuse to control dissent of the next War and The Crown's effort to keep their livestock under control.

Videos from TragedyAndHope's visit (and the arrival of the GhostGunner :)

Ernest Hancock inteview link (at 1hr and 9 mins into interview the Ghost Gunner arrives. The GhostGunner arrival is still available in the full video, but the clip posted from this video has been deleted and a Strike placed on TragedyandHope's channel)

1hr and 9 mins into interview the Ghost Gunner arrives