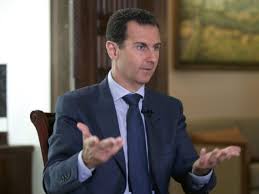 Like other Trump regime hardliners, Jeffrey is militantly hostile to Iran, Lebanon's Hezbollah and Syria.

On Friday, he threatened Bashar al-Assad, saying the US will pursue a "strategy of isolation," including stiffer sanctions and other harsh tactics if he undermines Washington's political aims in the country.

"Even if the UN Security Council won't pass them we will just do it through the European Union. We will do it through our Asian allies, and then we will make it our business to make life as miserable as possible for that flopping cadaver of a regime and let the Russians and Iranians, who made this mess, get out of it."

Washington bears full responsibility for waging war on Syria. NATO, Israel and the Saudis share it.

US political aims in Syria are all about regime change, wanting pro-Western puppet rule replacing its overwhelmingly popular legitimate government - what Assad and his allies won't ever agree to, notably Russia and Iran.

The Kremlin supports Syrian sovereignty, territorial integrity, and right of its people alone to choose their leadership and governance, free from foreign interference - what Sergey Lavrov stressed numerous times.

So have Iranian officials. Washington wants Assad toppled. Endless US-led war rages, trying to achieve what hasn't been accomplished so far, pretending to oppose the scourge of terrorism America created and supports.

On the sidelines of the UN General Assembly session, Jeffrey turned truth on its head, claiming Russia and Syria are obstructing efforts for a political settlement.

It's unattainable because Washington and its imperial allies want endless war and regime change. They reject restoring peace and stability to the country - why endless war rages in its 8th year with no prospect for resolution any time soon.

Moallem said conflict resolution is unattainable as long as US and other foreign forces illegally occupy Syrian territory - aiding ISIS and other terrorists, not combatting them.

"The presence of Iranian advisers in Syria is legitimate and came at the request of the Syrian state, contrary to the US presence, which is an aggression against Syria which must leave," adding:

Damascus has the right to pursue whatever it takes to lawfully restore sovereign control over all its territory.

"The danger now in the eastern region stems from the American factor that is illegally present, which is providing military support for the so-called Syrian Democratic Forces in that region as the US presence hampers these forces' dialogue with the Syrian state," al-Moallem explained, adding:

"Some of them attacked Syrian soldiers…and those who mounted the attack must pay the price."

"Damascus is committed to the platforms of Astana and Sochi and to the efforts of the Russian Federation and the Islamic Republic of Iran to find an appropriate solution that will serve the Syrian people in the political process."

The Syrian minister blasted the US, Britain and France, accusing them of supporting terrorists. "All (their) weapons…are made in these countries," he explained.

At his Friday press conference at the UN, Sergey Lavrov said their "delivery has been started already."

"And as President Putin said" in response to Israeli responsibility for downing a Russian IL-20 reconnaissance plane days earlier, "the measures which we will take will be devoted to ensure 100 percent safety and security of our men in Syria."

"The United States has that ability, with our Navy, to make sure the sea lanes are open, and, if necessary, to blockade…to make sure that their energy does not go to market."

Under international law, blockades are acts of war - defined as:

surrounding a nation or objective with hostile forces;

encircling and besieging it;

preventing passage in or out of supplies, military forces or aid in time of or as an act of war; and

naval warfare to block access to an enemy's coastline and deny entry to all vessels and aircraft.

Dwight Eisenhower, Jack Kennedy, and other US presidents called blockades acts of war. So did the US Supreme Court in at least three rulings.

The Prize Cases (1863) is the most definitive, the Court saying blockades are only legal if congressionally authorized according to constitutional provisions - today, according to international law as well.