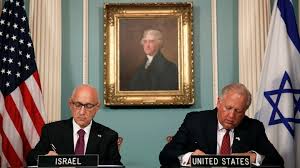 Beginning in 2019, Washington will give Israel $3.8 billion annually for the next 10 years, $38 billion in total - plus countless amounts more on request.

Virtually all of it goes to fund Israel's killing machine, its endless war on Occupied Palestinians and Syria, along with state terrorism against Iran and elsewhere.

The Jewish state's only enemies are invented ones. Real ones don't exist.

Yet it gets far more US military aid than any other country, over half of what's provided worldwide.

A billboard in Richland County, Ohio reads: "$10 million a day to Israel? Our money is needed in America."

Military aid to Israel is flagrantly illegal, according to provisions of the 1961 Foreign Assistance Act (FAA).

It prohibits aiding governments engaged "in a consistent pattern of gross violations of internationally recognized human rights, including torture or cruel, inhuman, or degrading treatment or punishment, prolonged detention without charges, causing the disappearance of persons by the abduction and clandestine detention of those persons, or other flagrant denial of the right to life, liberty, and the security of person, unless such assistance will directly benefit the needy people in such country."

When it comes to Israel, the Saudis, Egypt, Colombia, and other flagrant human rights abusers Washington supports, the above laws don't apply – no matter how lawless their practices.

Longstanding Israeli human rights abuses need no elaboration. They're more flagrant than any other country besides America, by far the most abusive worldwide, including at home against its most vulnerable citizens and residents.

It's global gulag is by far the world's largest. Torture is official policy as in Israel against Palestinians.

Americans have no say on how they're governed. One-party rule with two right wings runs things - mindless of the rights and welfare of ordinary people, increasingly abused, neglected and exploited.

Israel operates the same way against Jews. Its Arab citizens are marginalized, isolated, abused, and treated like fifth column threats.

Occupied Palestinians are treated as viciously as Nazis mistreated Jews.

Nearly 100 were injured, including 37 from live ammunition, according to the Strip's health ministry.

Ambulances and medical personnel trying to help the wounded were fired on.

Striking Palestinians in Ramallah, Nablus, Hebron, East Jerusalem, and elsewhere in the West Bank were viciously attacked by Israeli forces.

According to the Palestinian Red Crescent Society, five Palestinians were shot with live fire, 10 or more others harmed by toxic tear gas inhalation.

A statement by Joint (Arab) List MK Hassan Jabareen said "(t)he strike sends a message of opposition to the continued discrimination and racism towards the Arab public…We were born in this country and will fight for national equality."

The world community consistently does nothing to hold Israel accountable for its high crimes.