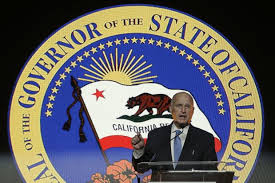 Unless Congress or the courts reverse what happened, ISP giants can now establish toll roads or premium lanes, charge extra for speed and free and easy access, control content, as well as stifle dissent and independent thought – a dismal prospect.

"Under my proposal, the federal government will stop micromanaging the internet."

FreePress.net responded to Pai, saying you "turn(ed) over control of the internet on-ramps to a handful of companies so they can steal even more from their captured customers, and cut them off from the promise of an open and connected world."

"You did all of this not for any legitimate public-policy reason; your actions will move us further from your own stated goals."

"(Y)ou are cruelly punishing the public and enriching the already fabulously wealthy in service of a radical and immoral ideology."

It prohibits ISPs from imposing restrictions on free and open Internet access. The Electronic Frontier Foundation (EFF) called the law "a tremendous victory by real people" over ISP giants AT&T, Comcast and Verizon.

Following enactment of California's law, Trump's DOJ and FCC intervened, filing a lawsuit for a preliminary injunction to block its implementation.

According to EFF, "the FCC's understanding of broadband companies is so factually flawed, and its failure to consider the implications for online speech and innovation is so absent, that the agency must be reversed."

"Unless the House of Representatives joins the Senate to overturn the FCC this year, the outcome of these cases will likely determine the fate of net neutrality protections, competition policy, and privacy protections for the ISP industry."

The Internet is a utility, according to Net Neutrality advocates, requiring ISPs to treat content and access neutrally.

The issue is likely heading for eventual Supreme Court and/or congressional resolution, a dismal prospect with majority right-wing/pro-business judicial and political control - unwilling to support popular interests and fundamental rights over corporate ones.

Mandatory Mail-In Voting Shot Down by the Supreme Court

Google collects a frightening amount of data about you. How to find and delete it now