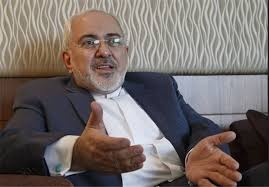 World Court Rules Some US Sanctions on Iran Illegal

All unilateral sanctions by one country against others are flagrantly illegal. Under international law, Security Council members alone may impose them.

The International Court of Justice (ICJ-World Court) preliminary ruling against the US is positive. It didn't go far enough because on July 16, 2018, the Islamic Republic petitioned the ICJ for sanctions relief, claiming the Trump regime violated terms of their 1955 US-Iran Treaty of Amity, Economic Relations, and Consular Rights.

Below are key relevant parts of the ICJ's ruling:

The Court ruled that "it has jurisdiction pursuant to Article XXI, paragraph 2, of the 1955 Treaty to deal with the case, to the extent that the dispute between the Parties relates to the 'interpretation or application" of the said Treaty."

"The power of the Court to indicate provisional measures under Article 41 of the Statute has as its object the preservation of the respective rights of the parties in a given case, pending its final decision."

The 1955 treaty "prohibits the United States from imposing restrictions or prohibitions on the import of any Iranian product or on the export of any product to Iran, unless the import or export of the like product from or to all third countries is similarly restricted or prohibited."

"(T)he Court concludes that, at the present stage of the proceedings, some of the rights asserted by Iran under the 1955 Treaty are plausible in so far as they relate to the importation and purchase of goods required for humanitarian needs, such as (i) medicines and medical devices; and (ii) foodstuffs and agricultural commodities; as well as goods and services required for the safety of civil aviation, such as (iii) spare parts, equipment and associated services (including warranty, maintenance, repair services and safety-related inspections) necessary for civil aircraft."

"The Court is of the view that a prejudice can be considered as irreparable when the persons concerned are exposed to danger to health and life."

"In its opinion, the measures adopted by the United States have the potential to endanger civil aviation safety in Iran and the lives of its users to the extent that they prevent Iranian airlines from acquiring spare parts and other necessary equipment, as well as from accessing associated services (including warranty, maintenance, repair services and safety-related inspections) necessary for civil aircraft."

"The Court further considers that restrictions on the importation and purchase of goods required for humanitarian needs, such as foodstuffs and medicines, including life-saving medicines, treatment for chronic disease or preventive care, and medical equipment may have a serious detrimental impact on the health and lives of individuals on the territory of Iran."

The Court concluded that there is "little prospect of improvement," based on harsh US behavior toward Iran.

"(T)he Court considers that there is urgency, taking into account the imminent implementation by the United States of an additional set of measures scheduled for after 4 November 2018."

"It is therefore necessary, pending its final decision, for the Court to indicate certain measures in order to protect the rights claimed by Iran…"

The United States of America, in accordance with its obligations under the 1955 Treaty of Amity, Economic Relations, and Consular Rights, shall remove, by means of its choosing, any impediments arising from the measures announced on 8 May 2018 to the free exportation to the territory of the Islamic Republic of Iran of

(i) medicines and medical devices;

(ii) foodstuffs and agricultural commodities; and

The United States of America shall ensure that licenses and necessary authorizations are granted and that payments and other transfers of funds are not subject to any restriction in so far as they relate to the goods and services referred to in point (1);

Both Parties shall refrain from any action which might aggravate or extend the dispute before the Court or make it more difficult to resolve."

The ICJ's ruling is positive for all countries abused by unjust and unilaterally imposed sanctions against them.

Sanctions imposed for these reasons lack legitimacy. Unilaterally imposed ones are flagrantly illegal.

"The Islamic Republic of Iran welcomes the decision made by the International Court of Justice (ICJ) as the only major judicial body of the UN and the tribunal's issuing of an injunction against the US administration's illegal move to restore unilateral sanctions which came upon the country's withdrawal from the Iran nuclear deal," adding:

"(T)he court's unanimous decision (is a) clear testament to the truthfulness of Iran and the illegitimacy and unfairness of the United States' sanctions against our country's people and citizens."

Though the Court's ruling is binding, Washington notoriously flouts what conflicts with its interests.

The Trump regime is highly unlikely to change its hostile agenda toward Iran. It's most unlikely to abide by the Court's ruling. What's most important is how the world community reacts.

Rejecting unilaterally imposed US sanctions against Iran would be a major triumph for the Islamic Republic - especially ones imposed by the Trump regime and GOP-dominated Congress under the so-called Countering America's Adversaries Through Sanctions Act (CAATSA).

It falsely accuses Iran of having or developing weapons of mass destruction - meaning nukes it doesn't have, deplores, and wants eliminated everywhere.

It prohibits the sale or transfer of military and related equipment to Iran, as well as technical and financial aid.

Its policy is all about isolating Iran politically and economically, notably attempting to block its oil sales, access to hard currencies and foreign investments, along with harsh sanctions and overall financial hardships – part of a regime change plot.

The strategy is unlikely to work. The ICJ ruling makes it tougher, giving credence to Iran's claims about illegal US actions against the country.

The Trump regime no doubt will ignore the ruling, further isolating itself. It's up to the world community to use the ICJ ruling to break from its hostile agenda against the Islamic Republic, rendering it useless.

Iranian Foreign Minister Mohammad Javad Zarif called the ICJ decision another defeat for the "sanctions-addicted" US, a "victory for the rule of law," making it "imperative for the international community to collectively counter US unilateralism," adding:

The ruling showed "Iran is right, and that US sanctions against people and citizens of our country are illegitimate and cruel."

"(T)he US government is growing more isolated day by day due to its wrong and extremist policies and as a result of its own excessive demands on other countries."