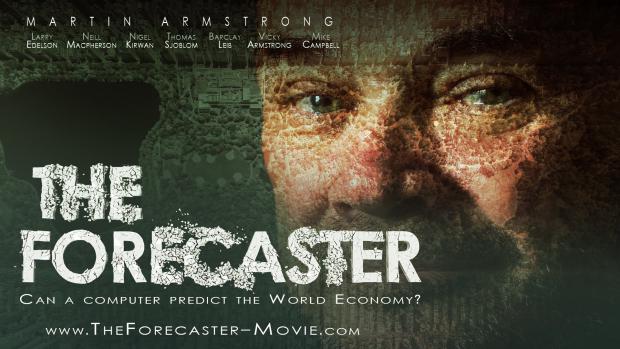 Martin Armstrong is one of the most famous economic forecasters alive, but you wouldn't know it after the whitewashing job he's suffered at the hands of the federal government and the mainstream financial press. The man who in the 1980s and 90s had central bankers and politicians calling him for advice is now scrubbed from the memory banks of sites like Bloomberg.com.

He's famous, or infamous, for having predicted the October 1987 Black Monday crash to the very day. He also called the Nikkei stock market collapse in 1989 and the Russian financial collapse in 1998. And he hasn't lost his touch, outfoxing hedge fund managers by predicting last week's Swiss National Bank decision to abandon its peg to the Euro.

Martin is not an Austrian by any stretch, relying on complex mathematical and historical models rather than economic theory. But he is strongly anti-state, anti-central bank, and quick to criticize Keynesian orthodoxy.

Martin spent more than a decade in a government cage after being prosecuted by the SEC, including 7 years for the non-crime of contempt of court. His story, both as a forecaster and a stubborn thorn in the side of federal prosecutors, will be told in an upcoming documentary. It's a story you won't want to miss.

BlackRock says get ready for a recession unlike any other; 'what worked in the past won't wo

John Whitehead: The Future Is Everything the Science Fiction Writers Have Prophesied

One Way Or Another, The Population Of The Globe Will Soon Be Much Smaller Than It Is Right Now

The Camp of the Saints

The 2023 recession will be long and ugly (Jeff Bezos' warning)

Peter Schiff: We're In The Eye Of The Inflation Hurricane