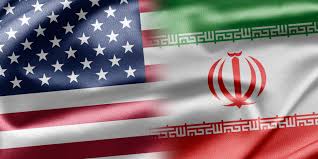 US hostility toward Iran is all about wanting its sovereign independence replaced by pro-Western puppet rule, along with eliminating Israel's key regional rival.

Accusations against them are fabricated, US crimes of war and against humanity ignored, along with abuses against its own citizens and residents.

Since Iran's 1979 revolution, ending a generation of US-installed fascist tyranny, Washington has waged political, economic, and propaganda war on the country.

Hostility by Trump regime hardliners toward its governance risks heading things toward military confrontation, an ominous possibility, certain to be hugely destructive if occurs.

Even though Iran is no match against superior US-led NATO capabilities, it's better able to retaliate in response to aggression than other nations Washington attacked - Israel vulnerable as well to be struck.

A militantly hostile State Department report turned truth on its head about Iran. No Islamic Republic "long history of violating the (Nuclear) Non-Proliferation Treaty and multiple United Nations Security Council resolutions on its nuclear program prior to the JCPOA" occurred. No evidence suggests otherwise.

Trump's agenda is all about regime change, wanting Iran's legitimate government forcefully toppled - likely by war if other methods fail.

Below is a debunking of the State Department's (SD) key points:

SD: Iran "will do whatever it takes to maintain its grip on power and spread its revolutionary ideology."

Fact: Iranians support their elected government. Their "revolutionary ideology" is all about pursuing regional peace, deploring war, wanting mutual cooperations with all other nations, along with the elimination of nuclear weapons.

SD: Iranian security forces are "mobilized at home to surveil and harass ordinary Iranians" - a US/NATO/Israeli/Saudi specialty, not how Iran operates.

Fact: Iran, Syria, and Lebanon's Hezbollah are the region's leading forces against terrorism the US, NATO, Turkey, Israel, and their regional partners support.

Iran has no "long history (of) support(ing) terrorism," no involvement in "actively direct(ing), facilitat(ing), and carry(ing) out terrorist activity globally." Claiming otherwise is a bald-faced lie, US-led anti-Iran propaganda.

Fact: False! Legitimate Iranian ballistic and other missiles are solely for defense. US/NATO/Israeli ones are for naked aggression.

Fact: The accusation describes how the US operates, not Iran.

SD: "Iran threat(ens) maritime security in the Persian Gulf and Red Sea. The Islamic Republic has repeatedly threatened to interfere with freedom of navigation and international shipping in these areas."

Fact: False! US global naval operations treat coastal waters near other nations like its own, conducting provocative incursions in them. Iran respects the territorial integrity of other nations.

No evidence suggests the existence of malign Iranian activities in cyberspace, as the State Department falsely claimed - another US/NATO/Israeli specialty, not an Islamic Republic one.

The US is the world most longstanding, systematic civil and human rights abuser globally. Its contempt for international laws, norms and standards need no elaboration - polar opposite how Iran operates.

Iranian Jewish parliamentarian Siamak Moreh Sedgh earlier said conditions for Jews in the Islamic Republic have "always been better than in Europe," adding:

"In our country's history, there was never a time when all Iranians had the same religion, race, or language, so there is a high degree of tolerance."

"Jews are a recognized minority here, so we can practice our religion freely. We have more than 20 working synagogues in Tehran and at least five kosher butcheries."

In 2016, Iranian Jewish lawmaker Ciamak Morsadegh, a surgeon turned politician, said "Iran is a place where Jews feel secure and we are happy to be here. We are proud to be Iranian. I know this doesn't follow the Zionist script, but this is the reality.

Iran's Jewish population is small, at most around 25,000. They prefer living in the Islamic Republic to Israel or elsewhere.

Fact: US environmental crimes are some of the most egregious anywhere - notably by its corporate air, water, and soil polluters, especially by the Pentagon.

One of Project Project Censored's 25 most censored 2010 stories headlined the "US Department of Defense is the Worst Polluter on the Planet," saying:

"The US military is responsible for the most egregious and widespread pollution of the planet, yet this information and accompanying documentation goes almost entirely unreported" - including by environmental organizations.

"This impact includes uninhibited use of fossil fuels, massive creation of greenhouse gases, and extensive release of radioactive and chemical contaminants into the air, water, and soil."

US imperial rage for global dominance is humanity's greatest threat. Iranian rule is polar opposite how America is governed.

For centuries its ruling authorities attacked no other nations - what US-dominated NATO and Israel do repeatedly.