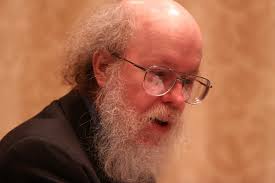 In the uproar over Christine Blasey Ford's allegations against Supreme Court nominee Brett Kavanaugh, many members of Congress declared that women have a "right to be believed." Unfortunately, Congress is ignoring legions of women who have been sexually abused thanks to the immunity Congress provides to federal agents. But a federal appeals court may grant relief despite Washington's negligence.

Congress gives the Transportation Security Administration almost $8 billion a year and does nothing to constrain how TSA's 43,000 screeners treat American travelers. A Justice Department lawyer insisted last year that there's no law "establishing a specific degree of permissible intrusiveness of a (TSA) security screening pat-down." Americans have no legal recourse regardless of how TSA's screeners treat them, thus explaining why TSA pat-downs become more intrusive.

Many women have shared vivid allegations of TSA abuses on Twitter:

?Dr. Jenn complained on Sept. 8: "Is it common practice for TSA agents to forcefully slide their hand up my (15-year-old) daughter's inner leg and ending at her vagina? Literally slamming their hand into my daughter's vagina."

'I was sexually assaulted by the TSA'

Melissa Emmal, whose Twitter header page shows a banner calling for impeaching Trump, tweeted on Aug. 28: "A @tsa agent at DCA told me the scanner had 'alarmed' at my groin. She then searched me from my knee up 'until she met resistance' (her words). She met resistance when she made contact with my labia FOUR times (front and back pat up of each leg). Felt like a sexual assault."

Emily White complained on Aug. 26: "I was sexually assaulted by the @TSA on August 1 @LGAairport's Marine Terminal at around 11:50 am. ... If you don't want your vagina paddled multiple times, I recommend avoiding that crew."

Valerie Knees groused on Aug. 14: "Was prepared to be a beacon of light and happy airport travel person this morning. Until the @TSA needlessly felt up my labia. 19 months into Trump's presidency is apparently the length of time it takes for the government to grab my p---y."

Dev, a New York author, complained on Aug. 8: "Having someone move their hands from your ankle all the way up until they karate chop your f---ing vulva while your skirt is already removed is not okay. It is not casual, it is not necessary and I'm going to war with the TSA and their poor training."

Liz Groeschen tweeted on July 10 that she almost missed her flight at JFK Airport thanks to "an invasive hand pat-down that should be relabeled 'tsa hands in your vagina' to be completely accurate" and which was "an absolute embarrassment to America."

Marina Modela complained on July 9: "Dear @TSA, At #seatac , 2 agents groped my labia in the name of 'security' and falsely accused me of having something in my pants. How does groping female genitalia promote security, especially when your agents are too incompetent to know the difference between labia and bombs?"

Elizabeth Nolan Brown, a Reason magazine editor, complained on June 7: "My 'right groin area' was suspicious to TSA so the agent just groped my ass & ran her hands under my waistband, between my thighs and all over my crotch in the middle of the airport. … It's really unsettling to have an armed agent of the state rubbing your vulva while everyone watches."

Congress must hold the TSA accountable

It gets worse. The ACLU recently filed a complaint charging that TSA agents took Zainab Merchant, a Harvard grad student and mother of three, to a private room and compelled her to "open her pants" and show her bloody menstrual pad after an enhanced pat-down.

Congress has never held a hearing featuring a panel of TSA victims whose complaints against the agency are documented, captured on video, and at least momentarily legendary on social media. Nor has Congress ever required the TSA chief to attend a hearing and specifically respond to individuals his agency pointlessly traumatized.

A federal appeals court recently declared that it falls "squarely in the realm" of Congress to amend federal law to curtail the blanket immunity that TSA agents enjoy. After initially effectively siding with TSA agents, the appeals court based in Philadelphia this month agreed to rehear a TSA's victim's challenge that could radically reduce the amount of power that TSA screeners enjoy.

Do members of Congress care about any sexual assault that does not permit them to politically grandstand? Capitol Hill's selective indignation is not worth a plug nickel as long as politicians fail to rein in federal agents. As CNN political commentator Angela Rye wrote after her grueling experience with airport security, "Dear TSA: The country is not safer because you grab vaginas."

James Bovard, author of "Attention Deficit Democracy," is a member of USA TODAY's Board of Contributors. Follow him on Twitter: @JimBovard

You can read diverse opinions from our Board of Contributors and other writers on the Opinion front page, on Twitter @usatodayopinion and in our daily Opinion newsletter. To respond to a column, submit a comment to letters@usatoday.com.

BREAKING: I Can't Believe They Got Away With THIS!

Global child sex ring with links in Europe, America and Asia is busted in Australia with...