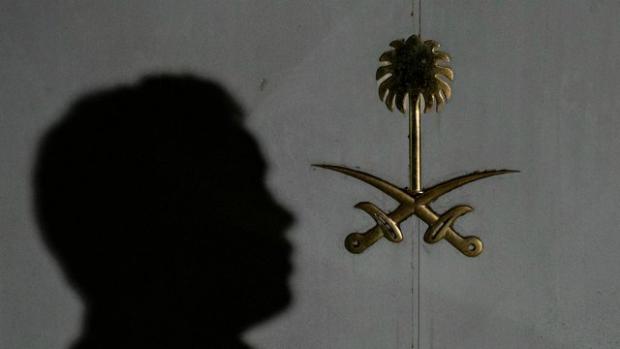 For days following Jamal Khashoggi's disappearance after entering the Saudi's Istanbul consulate on October 2, never to be seen or heard from since, Riyadh insisted he left the premises unharmed.

It was a bald-faced lie, proved by its Saturday admission of responsibility for his death. An implausible scenario tried explaining how it happened, rejected by the world community, creating a greater furor, not diffusing it as the kingdom hoped.

No fist fight or brawl occurred inside the consulate as claimed on Saturday, the explanation too absurd to be accepted by anyone other than kingdom loyalists, Trump, and his regime hardliners.

On Saturday, he expressed dissatisfaction with the explanation, again calling Riyadh's account "a good first step," adding "I want to get to the answer."

He claimed crown prince Mohammad bin Salman (MBS) may not have been responsible for Khashoggi's death, saying no US officials have audio or video evidence of what happened inside the consulate, most likely untrue.

DLT and his regime hardliners are unwilling to alter US relations with the kingdom, notably valuing its oil for world markets, large purchases of US arms, and Riyadh's partnership with Washington's wars of aggression, both countries supporting ISIS and likeminded jihadists in Syria, Iraq, Yemen, and elsewhere.

On Sunday, an unnamed Saudi official offered a third phony explanation of Khashoggi's death inside the consulate, saying the 15-member kingdom team sent to Istanbul threatened him with being drugged, abducted, and forcibly returned to Riyadh, adding:

When he resisted, they killed him with a chokehold. Turkish officials believe his body was wrapped in a rug and given to a "local cooperator" for disposal. A hit squad member then dressed in his clothes to make it appear he left the consulate unharmed.

No evidence of his leaving alone proved the latest concocted scenario was fabricated like earlier versions, maybe further revisions to come.

All explanations failed to pass the smell test. There's little doubt about MBS' responsibility for dispatching a kingdom hit squad to murder Khashoggi.

He was a neocon/CIA-connected Washington Post columnist. On Saturday, its publisher and CEO Fred Ryan issued the following statement, saying:

"The government of Saudi Arabia has shamefully and repeatedly offered one lie after another in the nearly three weeks since Jamal Khashoggi disappeared in their Istanbul consulate," adding:

"Offering no proof, and contrary to all available evidence, they now expect the world to believe that Jamal died in a fight following a discussion. This is not an explanation. It is a cover-up."

"President Trump, Congress and leaders of the civilized world should demand to see verifiable evidence. The Saudis cannot be allowed to fabricate a face-saving solution to an atrocity that appears to have been directed by the highest levels of their government."

There's virtually no doubt about it. Despotic rulers alone make these type decisions, underlings not daring to order them on their own - clearly how Saudi leadership runs thing, MBS its de facto ruler.

Because of frailty and ill-health, king Salman virtually abdicated, handing authority for kingdom affairs to his favorite son - MBS.

It was a major error, shown by his incompetence in holding scores of senior Saudi officials hostage under house arrest late last year, seizing billions of dollars of their assets, creating a rift with Qatar over unacceptable demands made to be rejected, his involvement with US aggression in Syria, Yemen, and elsewhere, and now the Khashoggi incident.

Was it the final straw? Will it be his undoing? Will king Salman replace him with a new crown prince?

It may be the only way to diffuse an international furor, casting a spotlight on ruthless Saudi practices even millions of ordinary people with no previous knowledge of how the kingdom operates now understand.