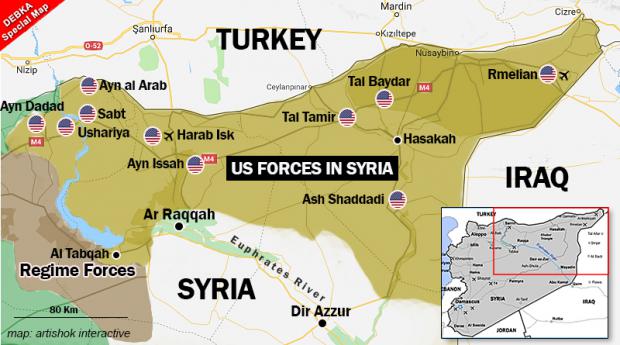 Wherever US forces show up, mass slaughter, destruction, and human misery follow - the same thing happening in all its war theaters, endless violence continuing, what imperial rage is all about.

Syria risks becoming another Afghanistan. US aggression in its eighth year for regime change continues endlessly with no prospect for resolution any time soon.

Tens of thousands of heavily armed US-supported terrorists remain in the country, Idlib province their main stronghold, others in pockets elsewhere.

According to Russia's Defense Minister Sergey Shoigu, no US/Russia cooperation exists on geopolitical issues other than contacts maintained in Syria to avoid confrontation - the objectives of both nations world's apart otherwise.

It's unrelated to false US claims about Russian treaty violations that don't exist, unacceptable US violations ignored.

It's all about instigating an arms race, along with pursuing Washington's belligerent imperial agenda, risking greater conflicts than already.

On Monday, Sergey Lavrov said the US isn't ready to cooperate with Russia in Syria or most anywhere else.

Asked if he'd raise the issue with John Bolton during his two-day Moscow visit, Lavrov said "(c)oncerning our cooperation with the US on (various) issues, particularly, regional affairs - Syria, the Korean Peninsula and the situation around the Iran nuclear program - no formalized negotiations have been going on," adding:

"We have a deconfliction channel on Syria. We would be prepared for more substantive cooperation to find ways of resolving the Syrian conflict as efficiently as possible, primarily, to launch the process of refugees' return, begin political negotiations, and ensure the final elimination of remaining terrorists on Syrian soil."

"However, the US is not ready for such full-fledged cooperation yet." He called Trump's unilateral JCPOA pullout last May a "big mistake," the same view shared by other P5+1 one countries, Washington the sole outlier, catering to Israel's agenda and its Zionist lobby.

During his visit, Bolton met with top Russian officials. Discussions failed to change hostile US relations toward Moscow.

No change is possible as long as bipartisan Russophobe hardliners infest Washington, relations more dismal than any previous time in memory - why eventual conflict between the world's dominant nuclear powers remains possible.

These Elite Chemical Weapons Detectives Can Prove Who's Behind Deadly Attacks