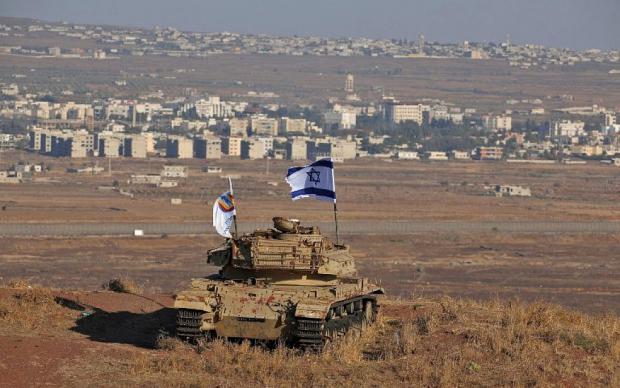 Islamic Republic military advisors alone are in Syria, invited by Assad, operating from government bases, none of its own.

Israel's only threats are invented. Real ones don't exist. Last month, Netanyahu lied claiming "(i)n the Middle East, those who are trying to kill us are being led by Iran, which openly and aggressively calls for the destruction of Israel. It is our duty to protect ourselves from this danger, and we will continue to do so."

Israel's invented myth about an Iranian threat wore thin long ago. Iran threatens no other countries. The US, NATO, and Israel threaten world peace.

Russia's Defense Minister Sergey Shoigu explained that Israel's responsibility for downing Moscow's IL-20 "changed…the situation, and we are not to blame" - accusing the Netanyahu regime of "criminal negligence" for the incident, vowing it would not go unanswered.

The IDF willfully deceived Russia, providing its military with misleading and falsified information, preventing the IL-20's pilot from shifting out of harm's way to a safe zone.

Israel was caught red-handed lying, falsely claiming it notified Russia of its targets well in advance. Nor did it admit its attacks on the Syrian Arab Republic are flagrant naked aggression, the highest of all high crimes.

The IL-20's downing convinced Russia to supply Syria's military with advanced ground-to-air S-300s, launchers, and radar systems, able to lock onto up six hostile warplanes and missiles simultaneously up to 155 miles away, including low-flying ones - targeting and destroying them.

On October 22, Haaretz reported that "(i)n recent weeks, Russia has been taking a more forceful stance toward Israel concerning" its aerial operations in Syria, adding:

"The Russians are demanding further clarifications from the Israel Defense Forces via the 'hotline' that is meant to prevent any aerial clashes between the two parties, and there have been several instances in which Russian air defense radars in Syria were activated in connection with" IDF aerial operations.

The Kremlin "signaling to Israel that it intends to limit Israel's freedom to maneuver in the Syrian skies."

Throughout Russia's involvement in Syria, the Kremlin said it will act appropriately to protect its ground personnel from possible hostile attacks by anyone - the obligation of every country to protect its citizens.

How and whether Russia may counter Israel (and US-led) aggression against Syrian targets is unclear.

If any of their hostile warplanes and missiles are downed, the dynamic on the ground will change more greatly than any time since Russia intervened to combat terrorism in September 2015.

According to Israeli Hadashot TV, US and Israeli pilots are secretly training in Ukraine to deal with Syria's new aerial defense capabilities.

Both countries are clearly concerned about whether Syria's military will be able to down their aircraft, including stealth ones, once their forces are fully trained in operating their new capabilities.