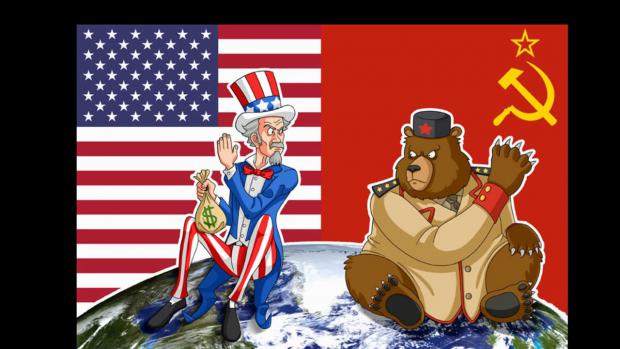 Unbending US Hostility Toward Russia

John Bolton's two-day trip, meeting Putin, Sergey Lavrov, and other top Russian officials, did nothing to soften US hostility toward the country.

Both parties consider Russia Washington's main adversary. Partnership between them is nonexistent, despite Putin, Lavrov, and other Kremlin officials pretending otherwise.

On Tuesday, Putin and Bolton met for 90 minutes, agreeing that dialogue between both sides is needed, despite irreconcilable differences on major issues.

Putin urged arranging another meeting with Trump, saying "it would be useful to offer direct dialogue with the president of the United States, first of all, on the sidelines of upcoming international events, say, in Paris."

He referred to the upcoming 100th commemoration of WW I's end on November 11. Commenting on the aftermath of his July 16 Helsinki summit talks with Trump, he said:

"(W)e are sometimes surprised to see the United States take absolutely unprovoked steps towards Russia that we cannot regard as friendly. We even refrain from retaliation practically to any move of yours. Yet all this goes on and on."

It includes multiple rounds of illegal US sanctions, numerous false accusations against Russia, proof absent every time because none exists, both countries on opposite sides of the Syrian conflict, and the latest shoe to drop with Trump's announced landmark INF Treaty pullout - falsely claiming Russian breaches, ignoring clear US ones.

Following Bolton's meeting with Putin, he said "(w)e discussed our continuing concern with (nonexistent) Russian meddling in elections, and why it was particularly harmful to Russian-American relations, without producing anything for them in return," adding:

"(W)e we had lengthy conversations about arms control issues, the new strategic landscape and the president's decision on the INF treaty" - failing to explain Trump's pretext for pulling out unilaterally is a bald-faced lie.

His "discussion (with) Putin covered the whole range of issues differing in certain respects, depending on who we were speaking with from the Russian side."

"As President Putin said in the opening of the meeting today…it would be useful to continue direct dialogue with (Trump), primarily on the fields of international events that will take place in the near future."

Summits and other discussions are exercises in futility as long as Russophobic hardliners run America, Trump co-opted to serve their interests straightaway after triumphing over Hillary.

He's a front man for US dark forces, polar opposite what leadership is supposed to be, obeying orders to avoid impeachment or removal from office by more sinister means.

According to the Wall Street Journal, Bolton intends speaking with US NATO and Asian allies about Trump's announced INF Treaty pullout, DLT saying the US will build up its nuclear arsenal.

Asked if he was threatening Russia, he said "(i)t's a threat to whoever you want. It includes China, and it includes Russia and whoever wants to play that game. You can't play that game on me."

The "game" is unilaterally initiated by Washington, forcing other nations to respond in self-defense.

The NYT said Bolton "rejected Russian entreaties on Tuesday to remain committed to (the INF) treaty."

Wanting to militarize more than already and further advance its belligerent imperial agenda is what pulling out of the JCPOA and INF Treaty is all about.

Greater US aggression is likely coming instead of responsibly stepping back from the brink, Iran a likely target, maybe Venezuela for control over its world's largest oil reserves, and North Korea if denuclearization talks fail.