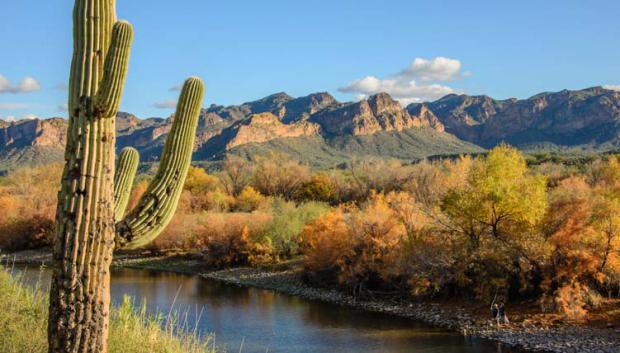 Topic: Proposition 127 and others

Andrew Clark is the state director for Americans for Prosperity-Arizona. Andrew previously served as the Executive Director for Generation Opportunity, an organization focused on national issues impacting young Americans. Prior to his time at Generation Opportunity, he served as the product manager for i360, a political technology firm, where he led the team building state of the art voter contact tools. In Arizona he has worked on many campaigns including Senator Jeff Flake's 2012 campaign, Congressman Quayle's 2010 campaign, and Governor Doug Ducey's election. Andrew lives with his wife and son in central Phoenix.

Vice Mayor Phillips was raised in Phoenix where he graduated from Camelback High School in 1977. He moved to Scottsdale in 1994.

He attended Maricopa Community College and subsequently started the air conditioning contracting business that he still owns and operates today. He was a general contractor and homebuilder whose business was one of the first to implement Scottsdale's Green Building Program. In addition to being a licensed contractor, Vice Mayor Phillips was formerly a licensed realtor.

Scottsdale is where Guy Phillips met his wife Cora, and together they raised a family of five children who all attended Scottsdale public schools.

Vice Mayor Phillips is an amateur artist and published writer who likes to rebuild muscle-cars in his spare time. He has created many start-up businesses with a patent pending. He is a firm believer that small business is the backbone of the country, and has mentored others through the business process.

Quote: "Evil triumphs when good men do nothing" - Edmund Burke

Third Speaker
We will probably have a third speaker to fill us in on a few items of interest.

Prior to voting, you may want to watch Dr. Chuck Baldwin's Sermon
Sermon title: Stand in the Gap - October 21, 2018

This message was preached by Pastor Chuck Baldwin on Sunday, October 21, 2018 during the service at Liberty Fellowship. To purchase a copy of this message or to support the fellowship please visit LibertyFellowshipMT.com