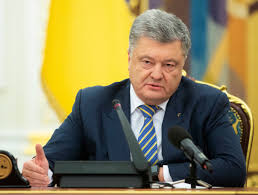 Russia is unacceptably bashed for whatever it does or doesn't do, a US-led Western state-sponsored major media supported campaign.

Moscow is vilified for its sovereign independence, opposition to US-led imperial wars, and unwillingness to bow to Washington's will - relentless political, economic, financial, and propaganda war waged on the country.

Time and again it's falsely accused of offenses committed by hostile regimes, or things it had nothing to do with like nonexistent US election meddling and "aggression" that never occurred.

On Thursday, all US Senate members shamed themselves, not a single profile in courage among them.

The US-installed putschist regime flagrantly violated Articles 19 and 21 of the UN Convention on the Law of the Sea (UNCLOS) and the 2003 bilateral treaty between Russia and Ukraine - provocatively and illegally sailing through sovereign Russian waters without permission, an orchestrated hostile act.

The international community was urged "to unite" against Russia, blaming the Kremlin for Kiev's lawlessness.

Russian/Crimean reunification was bashed, Putin going along with the vast majority of its people, wanting a historic error corrected, the right thing to do, entirely legal - Crimea becoming a Russian republic.

They called on Trump "to forcefully express opposition to the Russian Federation's November 25, 2018, attack on

Senate members called for new illegal sanctions on Russia, likely coming in the wake of Sunday's incident by the Trump regime and/or Congress.

Alliance spokeswoman Oana Lungescu was quoted, saying NATO will "continue to assess its presence in the Black Sea region," adding "there is already a lot of NATO in" its waters, along with "conduct(ing) regular reconnaissance flights" in its airspace.

On November 27, a hostile NATO statement said the alliance "reiterate(s) (its) full support to" Ukraine, adding:

"We strongly condemn Russia's illegal and illegitimate annexation (sic) of Crimea, which we do not and will not recognize."

"Russia's construction and partial opening of the Kerch Strait bridge represents another violation (sic) of Ukraine's sovereignty and territorial integrity."

"NATO stands with Ukraine, and will continue to provide political and practical support to the country within the framework of our established cooperation. NATO will continue to monitor the situation."

In the wake of the Kerch Strait incident, it falsely accused Russia of annexing Crimea, "shelling…Ukrainian citizens and soldiers, and occupation of their land," adding:

"(T)he Kremlin (conducts) political subterfuge and economic warfare—in addition to its ongoing kinetic war—to try to break the will of the Ukrainian people and demonstrate that building Western democracy (sic) and pursuing Euro-Atlantic integration will come with a heavy cost."

It gets worse. The Atlantic Council called on the Poroshenko regime to sabotage and destroy the Crimea Bridge, linking the republic to the Russian Federation mainland.

It called for provocatively deploying US and other NATO warships to the Sea of Azov, daring Russia to challenge them. It called provocations it recommends a way "to put Putin in his place."

Sunday's Kerch Strait provocation was well-planned in advance, likely orchestrated by Trump regime hardliners together with their UK counterparts.

The incident and others like it are what launching wars are all about. What follows this time remains to be seen.