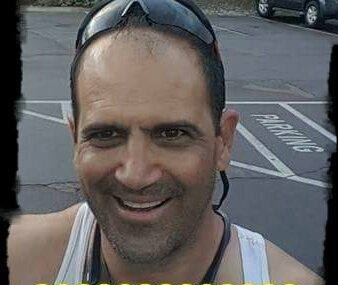 Senator Charles Grassley Chairman of the Senate Judiciary Committee, who
has been instrumental in blocking a Democratic Supreme Court nominee for
more than one year, pushed through a slew of conservative judges and
helped confirm the most controversial Supreme Court Justice in a
generation, is now on a mission to pass the First Step Act, a bipartisan
bill that will overhaul the criminal justice system and the nation's
sentencing laws.

"I have been there for you," Grassley told Mitch McConnell, the Senate
majority leader, who has been standing in the way of a quick vote on the
legislation.  "I hope there is something that you could do to help me
make this happen," he said according to three sources not authorized to
speak publicly about the discussion.

This direct appeal by Mr. Grassley to Mr. McConnell is part of a
pressure campaign by senators, conservative advocacy groups and the
White House, to make well overdue changes to the nations draconian
sentencing and prison laws. With Mr. Trump and House Speaker Paul Ryan
pledging to move it through the House, Mr. McConnell is seen as the
primary impediment to correcting the nations most egregious, tough on
crime policies.

"I have worked on this issue for nearly eight years and we have never
been closer then we are right now", said Mike Lee Republican Senator
from Utah. Utah incidentally just passed a medical Marijuana law joining
32 other states plus Canada, decriminalizing cannabis either
recreationally or medically.

Proponents of the First Step Act believe Mr. McConnell will let this
short window of opportunity close this year rather than support the
bipartisan bill that divides conservatives.

Other Senators aligned with Mr. Grassley and Mr. Lee, include Senators
Lindsay Graham and Tim Scott who have been furiously working other
colleagues on the phones. Outside advocacy groups like Justice Action
Network, Freedom Works and Families Against Mandatory Minimums, whose
online targeting has driven more than 10,000 calls to Mr. McConnell's
office in support of the bill.

Republican Senator Rand Paul and his wife Kelley have been doing
interviews directed at Mr. McConnell's constituents. "I just ask Mitch
McConnell to look at people form all walks of life and hear our voices
saying we want this legislation" Kelley Paul Said.

But Mr. McConnell is not alone in his efforts to stall the bill before
the end of the year. Republican Tom Cotton from Arkansas, has argued
that senators slow down the bill and hold more hearings. Mr. Cotton has
the support of the National Association of Assistant United State
Attorneys. However, other law enforcement organizations are in favor of
the bill including the Fraternal Order of Police, the International
Association of Police Chiefs, Law Enforcement Leaders to Reduce Crime,
the National District Attorneys and the National Organization of Black
Law Enforcement Executives.

Now that the former Attorney General, Jeff Sessions, who was totally
against the legislation, was forced to resign, has cleared the way to
make this legislation possible. Many advocates believe now is the time,
to make the needed changes to the ominous minimum sentencing laws and
provide much needed programming for prisoner to successfully re-enter
society.

Even with all the support and Mr. Trump's pledge to sign the bill, Mr.
McConnell seems to be doing everything he can to stall out the
legislation, which would amount to killing it, just as it is gaining
momentum. Mr. McConnell doesn't want to make the time necessary to get a
vote before mid-December. But the real reason seems to be, he doesn't
want to divide his party, especially now with the democrats controlling
the House in January 2019.

At one point during the Whip count Mr. McConnell asked, "Why not wait
until next year?" Mr. Lee responded, that he considered a delay the
death knell for the bill, because the Democrats favor more extensive
changes and push the Republicans beyond what they are willing to pass.

I encourage you to forward this article to a few friends and place it on
social media. Then call or email your Senator and Mr. McConnell
encouraging them to put their support behind the First Step Act.
Prisoners have no political voice, they depend on YOU to make this issue
known. Who knows someday it could be you or your loved one in the cross
hairs of a over zealous prosecutor or guideline bound Judge.

WTF: Loaded Gun was Found Hidden Inside the Jail that Housed Jeffrey Epstein

How to Prepare for Jail

AMERICAN GULAG DEATH OF JEFFREY EPSTEIN: WILL JULIAN ASSANGE BE NEXT?

Assange Must Not Also Die in Jail 42