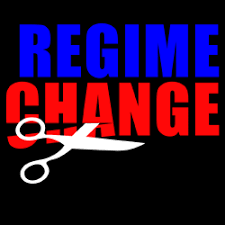 A Coup by Any Other Name

Things are what they are by whatever name. A coup by any other name doesn't change things. US efforts to topple a sitting government have nothing to do with democracy building, humanitarian intervention or responsibility to protect - anathema notions in Washington, despite using them as pretexts for lawless actions.

Coups are unlawful interventions by one country against another, a flagrant violation of core international law.

No such thing as extrajudicially intervening with good intent exists, never by the US throughout its history - a coup d'etat nation since the 19th century against scores of countries worldwide.

Coups play out in different forms, most often violently. What's ongoing in Venezuela has its own characteristics.

The Trump regime's appointment of an interim puppet president, short of toppling democratically elected Nicolas Maduro forcefully so far at least, is an attempt to replace him by enlisting popular and military support, while waging and likely escalating political, economic, financial, and sanctions war on the country.

US military intervention remains an option if other tactics fail. According to AP News, an "anti-Maduro coalition (sic) grew from secret talks," including with designated puppet Juan Guaido in Washington last month, other fascist elements in Venezuela and nations abroad.

Most Latin and Central American countries, European ones, and others were enlisted or pressured to back the coup attempt. US-led Western media strongly support it to their disgrace.

Maduro's military attache in Washington Col. Jose Luis Silva betrayed his country and rule of law, siding with the Trump regime's aim to topple Maduro, issuing a statement urging members of Venezuela's armed forces to back the coup against democratic governance.

His support for wrong over right was likely bought, selling his soul for the right price.

Senator Marco Rubio is a right-wing extremist. He praised Trump's appointment of convicted felon Elliot Abrams as point man for regime change in Venezuela, turning truth on its head, saying he "support(s) democracy (and) human rights…"

He supports tyranny, assassinations by death squads, coup d'etats, wars of aggression, and other lawless actions. The same goes for Rubio and the vast  majority of others in Washington.

On Sunday, he turned truth on its head, claiming what's going on in Venezuela isn't a coup attempt, saying:

What's happening "is not a US-backed anything…Juan Guaido (is) follow(ing) the Constitution...(Maduro's) swearing-in in January was invalid because the election that put Maduro there was invalid."

"When there's a vacancy in the presidency, the president of the National Assembly, which happens to be Juan Guaido, becomes the interim president."

"The US simply supported the democratic institutions. So this is not a US-sponsored anything. This is us supporting the people of Venezuela who want their constitution and democracy followed. That's a fact."

"That's a" Big Lie, along with Rubio's other remarks. Maduro was democratically elected and reelected, a process international monitors called scrupulously open, free, and fair - mocking US money-controlled sham elections.

No presidential "vacancy" exists. Nothing in Venezuela's Constitution justifies what's going on. Guaido is a US-designated usurper with no legitimacy.

Rubio claimed "I don't know of anyone who is calling for a military intervention" - ignoring Trump saying last week that "all options are on the table," including the military one.

No threats to US security by any countries exist, just invented ones. Republicans and Dems only recognize foreign elections as valid if regimes subordinating their national sovereignty to US interests win.

Government of, by, and for everyone equitably isn't tolerated anywhere, neither at home or abroad.

That's the American way, how it's always been from inception, stealing indigenous land to expand the nation "from sea to shining sea," half of Mexico taken in the mid-19th century, waging war on humanity ever since at home against its most vulnerable people, abroad to transform all countries into US vassal states.

Its quest for global dominance took countless millions of lives, a small price to pay, according to its leadership.

Endless political, economic, financial, sanctions, and hot wars rage. That's what the US rage for hegemony over planet earth is all about - why my country is humanity's greatest threat.