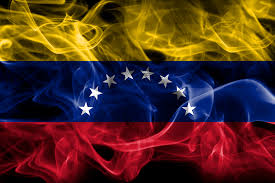 The US and Venezuela Are World's Apart

Since the 1999 birth of Venezuela's Bolivarian social democracy, a model for other nations, the threat of a good example for Washington, Republicans and undemocratic Dems sought to destroy it.

One of my earliest articles was on Venezuela, discussing the promise and perils of Bolivarianism, its spirit under Hugo Chavez - based on the vision of Simon Bolivar.

He defeated the Spanish, liberated half of South America, and believed in the redistributive policies that characterize what Venezuelan social democracy is all about.

Its ruling authorities use most of the countries wealth for people needs, waging peace, not war, seeking cooperative relations with other nations, dominance over none.

Chavistas aim to overcome what Bolivar called the imperial curse "to plague Latin America with misery in the name of liberty."

Chavez carried the torch for social justice, a populist hero with mass public support, other than from well-to-do Venezuelans, corporate interests, and the scourge of Washington's aim to eliminate him and Bolivarian fairness.

He implemented what's unthinkable in America, letting Venezuelans decide by national referendum on whether to convene a National Constituent Assembly to draft a new constitution, reflecting Bolivarian social democracy.

Overwhelmingly passed, National Assembly elections followed three months later, Chavistas winning 95% of seats, enabling them to draft a new Bolivarian Republic of Venezuela Constitution, setting the nation on a course for revolutionary change - including benefits for everyone Americans can't imagine.

Based on the principle of participatory democracy for all Venezuelans, discrimination is banned, speech and other fundamental freedoms affirmed, benefits including education to the highest levels and healthcare for everyone mandated.

Over a decade ago, I wrote my most important article on Venezuela titled The US and Venezuela: Constitutional Worlds Apart. Differences between democracy the way it should be in Venezuela and America's fantasy version couldn't be more stark.

Unlike how ordinary Venezuelans got to vote up or down on their new Constitution, "we the people" in America were never consulted, nor about anything today. The so-called framers controlled the process, individuals today we'd call a Wall Street crowd.

They included bankers, merchants, planters, ship owners, lawyers, politicians, judges, slave owners and traders, speculators, smugglers, privateers, and other type wheeler-dealers - polar opposite what democracy is supposed to be all about, an anathema notion in the USA throughout the country's history.

After declaring independence from Britain on July 4, 1776, everything changed but stayed the same - under new management.

From inception, democracy was a figure of speech, nothing else, nothing real, rights of ordinary people not considered.

Black Americans were commodified as property. Women were disenfranchised until 1920. For nearly a century-and-a-half after the nation's establishment, they were considered homemakers and child rearers alone.

Venezuelans are enfranchised at birth under a national standard, what doesn't exist in America, no constitutionally mandated system for everyone. As a result, disenfranchisement is rife.

From inception, America has been a nation of men, not laws, women coming to the table belatedly. Ruling authorities do what they please operating ad libitum by their own rules, serving themselves and their cronies.

"We the people" means them, the nation's privileged class, not us, others to be exploited for their benefit.

Pompeo used the Security Council as a platform for an imperial rant, a grandstanding stunt, one of countless examples of why America is hated worldwide, supported by authorities in colonized countries, despised by ordinary people harmed by its agenda worldwide.

Pompeo: "We're here because Maduro has reduced ordinary Venezuelans who once lived in prosperity to rooting through dumpsters to find something to eat."

"We're here because scores of Venezuelan women, some of them teenagers, have fled Maduro's madness to other countries, and in desperation turned to prostitution to survive."

"The United States is helping to recover a brighter future for Venezuela. We're here to urge all nations to support the democratic aspirations of the Venezuelan people as they try to free themselves from former President Maduro's illegitimate mafia state."

What's wrong with the above remarks? Everything! Maduro's legitimacy is indisputable. US interests are responsible for causing enormous harm to countless millions of people worldwide. What Pompeo suppressed is most important to explain.

Washington is making Venezuela's economy scream the way Nixon attacked Chile, harming ordinary people most, regime change the aim both times, harshness made in the USA, not Caracas or Santiago, other than the effects of low oil prices today.

What's going on constitute high crimes against humanity, repeated by US regimes time and again against one country after another. Tactics include political, economic, financial, sanctions, and hot wars - the human toll of no consequence.

Washington bears full responsibility for the suffering of millions of Venezuelans, countless millions more worldwide, imperialism's fallout wherever it shows up - mass slaughter, vast destruction and human misery what it's all about.

Pompeo and Bolton are Trump's point men for waging war on humanity, Elliot Abrams charged with eliminating Venezuelan social democracy, replacing it with fascist tyranny - by whatever dirty tricks in the book it takes to achieve this objective.

People have power when they use it. In April 2002, Venezuelans returned Hugo Chavez to power, aborting Bush/Cheney's coup attempt, the nation's military the deciding factor, supporting democracy over toppling it.

What worked then can work now. Dark forces can be challenged and beaten. Maduro is Venezuela's democratically elected president, Juan Guaido a US designated usurper.

Support from Venezuela's military along with people power can preserve and protect Bolivarian social democracy. The latest attempt by US dark forces to impose their will on the country can be defeated.

The way to beat Washington's dirty game is with organized people. United for a just cause is a powerful deterrent, collective defiance against its rage to dominate all other nations, their resources and people - what the scourge of imperialism is all about.