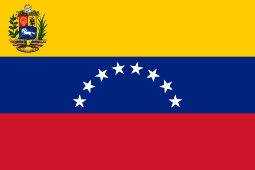 The Trump Regime Heading Toward Military Intervention in Venezuela?

Trump is a geopolitical know-nothing, aware only about what his extremist handlers tell him, along with Fox News rubbish, his favorite TV channel.

He escalated inherited hot wars in multiple theaters, along with waging war by other means on sovereign Iran and Venezuela, wanting both countries transformed into US vassal states, their resources plundered, their people exploited - hot war perhaps on one or both countries if ongoing tactics fail.

In Warsaw at a Trump regime organized anti-Iran conference, a rogue's gallery of despotic Middle East states participating, notably Israel and the Saudis, along with other nations sending low-level officials, Netanyahu said his aim is building a coalition for "war on Iran."

A press release from his office said the following:

He's attending "a meeting with 60 foreign ministers and envoys of countries from around the world against Iran."

"What is important about this meeting – and this meeting is not in secret, because there are many of those – is that this is an open meeting with representatives of leading Arab countries, that are sitting down together with Israel in order to advance the common interest of war with Iran."

Fact: He and the Trump regime have little world support for their anti-Iran agenda. Iranian Foreign Minister Mohammad Javad Zarif mocked the conference, calling it "dead on arrival," adding "dead before arrival" - referring to the proceedings as a "Warsaw circus."

Geopolitical change happens slowly. The US and Israel are declining, plagued by the same dynamic dooming other empires in history, and wannabe ones like the Jewish state - because of their imperial arrogance, hubris, endless wars against invented enemies, and unwillingness to change.

Russia and China are rising, hopefully Iran and Venezuela with them. On Thursday, Russian Foreign Ministry spokeswoman Maria Zakharova said events playing out in the Bolivarian Republic indicate that the Trump regime intends "a scenario of acute confrontation with the use of force in Venezuela," adding:

"All means of information and psychological pressure are being used: from manipulation and provocative media speculations to direct blackmailing and incitement to hatred. The main target is the armed forces of the Bolivarian Republic."

"Venezuelan servicemen are openly being incited to a rebellion. High-ranking officials in Washington are calling on the armed forces of a sovereign state to side with new political leadership."

"What right does the United States have to talk about democracy and legal framework both within a separate state and on the global stage after that?"

What's going on reflects US history from inception, almost 250 years of wars, mass slaughter and destruction, dispossessing people from their land, creating a global empire at the expense of countless millions of victims at home and abroad.

Words fall on deaf ears in Washington, diplomacy a waste of time, toughness the only language its hardliners understand.

It's high time Russia gave them a taste of their own medicine - in Venezuela by supporting Maduro militarily, in Syria by downing US and Israeli warplanes, no longer tolerating their terror-bombing attacks, civilians harmed most.

"Let us not be deceived, or deceive others — a provocation, including with casualties, is being prepared under the guise of a humanitarian convoy."

"And it is needed as a pretext for a forceful action from outside. And everyone should clearly understand this."

"We consider it urgently necessary to refrain from steps and statements that could provoke an escalation of tension in Venezuela, in particular, any appeals to the Venezuelan armed forces fraught with their involvement in an internal civil confrontation."

Venezuelan authorities exposed a plot by US-based air freight company 21 Air LLC, likely owned or connected to the CIA. They company may be smuggling assault weapons into the country for opposition elements, aiding the Trump regime's coup d'etat attempt.

Since January 11, the company's Boeing 767 made dozens of round-trip flights between Miami and South America.

Last year, the firm's two aircraft flew only from and to US locations. Beginning in January, the 767 aircraft flew exclusively to Colombia and Venezuela daily or multiple times daily - around 40 round-trip flights in the past month to Caracas and Valencia, Venezuela, as well as Bogota and Medellin, Colombia.

Were many more weapons shipped from the US to hostile elements in Venezuela, those found the tip of the iceberg, 21 Air LLC part of the coup plot to topple Maduro?

Security was tightened at all entry points. What's going on has nothing to do with supporting Venezuelans "in their noble quest for freedom," one of countless Trump Big Lies in his SOTU address.

It's all about wanting Maduro toppled, Bolivarian social democracy crushed, replaced by predatory capitalism, the US gaining another imperial trophy.

A similar scenario played out many times before, successfully and unsuccessfully worldwide, Venezuela is in the US crosshairs. At stake is the fate of its sovereign independence - for its people either freedom or fascism.

"Between Feb. 6 and 10, several military transport aircraft have been flying to the Rafael Miranda Airport in Puerto Rico; the San Isidro Air Base in the Dominican Republic, and other Caribbean Islands that have a strategic location, most certainly without the knowledge of the governments of those nations," adding:

"These flights took off from US military facilities from where Special Operation Troops and US Marine Corps units operate."

Were they transporting US combat troops and weapons close to Venezuelan territory as part of the coup plot to oust Maduro forcefully?

They and the vast majority of others in Congress support tyranny over democratic rule - at home and abroad, including in Venezuela.

Unconvincingly on Wednesday, Engel said "I want to make clear (that) US military intervention is not an option," expressing fake concern about harm inflicted on ordinary Venezuelans by tough sanctions.

Neither Engel or the vast majority of other congressional members will act against Trump's military intervention in Venezuela if he goes this far. The same thing holds for Iran.