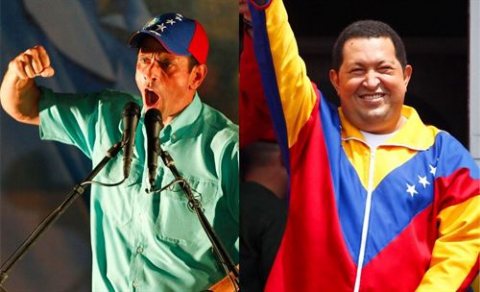 What was supposed to be a walkover with Venezuela's military joining forces with Trump regime hardliners against Maduro hasn't turned out this way.

Around one-fourth of world nations succumbed to US pressure, bullying, threats, and/or bribes to support illegitimate nobody Guaido.

The large majority of world community nations stand with Maduro, either by publicly endorsing his legitimacy or refusing to back Guaido formally.

"We all have the right to live without the threat of use of force and without application of illegal, coercive unilateral measures," flagrantly violating the UN Charter and other international law.

Separately, the Times was dismayed over the Trump regime's "stall(ed)" humanitarian aid hoax, what Maduro called a Trojan horse "trap."

The neocon/CIA-connected Washington Post called the aid "a political weapon, citing Maduro describing it as stealth "intervention" by the US and its imperial partners, adding:

"…Maduro's government announced that China and Cuba would send 933 tons of 'health products' to Venezuela," legitimate aid, not the US fake kind, what Arreaza called "cookies," while illegal Trump regime sanctions are all about wanting the nation's economy crushed, its people grievously harmed.

In cahoots with its CIA master, WaPo invented fantasy Venezuelan "death squads," the strategy Trump's point man on regime change in the country Elliott Abrams masterminded against Central American countries in the 1980s - not what Maduro's government is involved in.

Its police and other security forces are maintaining order as best they can, protecting ordinary Venezuelans from US orchestrated violence, a tactic it's using against many countries  with ISIS and other jihadist proxies serving as imperial foot soldiers.

WaPo had to acknowledge the ugly skeletons in Elliott Abrams' closet. Dirty Central American wars he orchestrated in Nicaragua, Honduras and Guatemala were responsible for over 300,000 deaths, countless thousands more brutally tortured, and millions forced into exile.

In June 1986, an International Tribunal on Genocide in Central America called the period a time of intense violence - made in the USA by Abrams and his co-conspirators, saying:

Things "verg(ed) on a near total break-down of the state institutions and open warfare between state governments, competing rebel forces challenging state authorities and indigenous" peoples.

"In the course of resurgent violence, acts of genocide and ethnocide (were) committed against indigenous groups."

Accusations "of state sponsored and rebel force sponsored genocide against indigenous peoples (were) repeatedly made throughout the course of" the decade, including massacres, torture, forced military service, land seizures, arbitrary arrests and imprisonments, population relocations, and attacks amounting to genocide under the UN Convention.

"That there is sufficient evidence to warrant the convening of a (genocide) tribunal goes without question." Perhaps Abrams intends an encore of the above atrocities in Venezuela.

WaPo perhaps reluctantly reported on how Rep. Ilhan Omar held his feet to the fire, grilling him with tough questions during a House Foreign Relations Committee session on Venezuela, saying she "heap(ed) scrutiny on (his) checkered career, including on having pleaded guilty on two counts of withholding information from Congress."

Why would anyone believe his testimony now, a convicted liar with no credibility, an unpunished war criminal belonging in prison, not back at the State Department to plot state terror in Venezuela.

Opposition elements and the Trump regime "figured (he'd)  crumble quickly after Washington threw its support behind a plan designed to sap his military support and spur his exit. It hasn't happened that way."

The Journal quoted an unnamed US official, saying regime change plotters in Washington "sold (the scheme) with a promise that if Guaido made a move (backed by regional countries and the US), the military would flip and Maduro would go. They thought it would be a 24-hour operation."

Maduro shows resilience, support for usurper in waiting Guaido tenuous at best. As the saying goes, the best laid plans don't always turn out as planned.

Trump knows nothing about geopolitical strategy. Coup plotters Pompeo and Bolton know little about Venezuela, nothing about the sentiment of its people.

Based on what's happened so far, perhaps the only regime change scheme likely to work is by military intervention - brute force to recolonize Venezuela, transforming it into another Libya, wracked by endless violence and chaos if things turn out this way.